The rights group confirmed 57 executions in October and November alone, nearly double the number of prisoners killed in all of 2019. 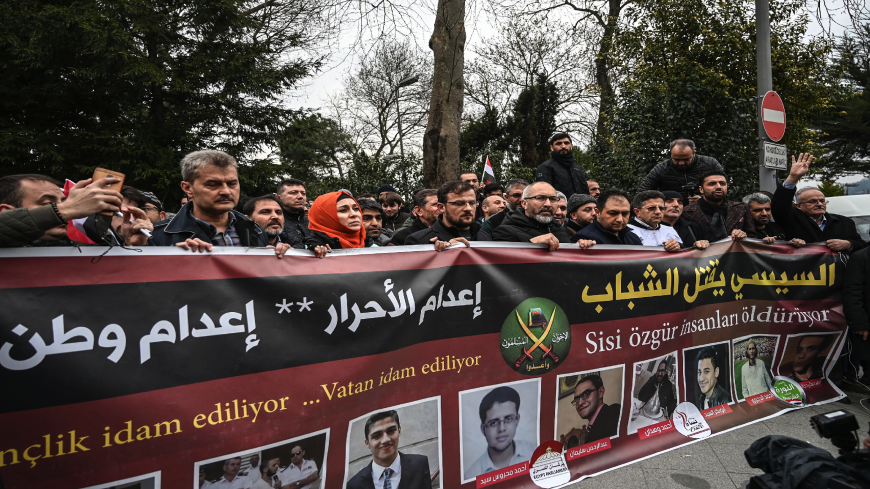 People hold signs reading "Stop executions in Egypt" in front of the Egyptian consulate in Istanbul on March 2, 2019, during a demonstration against death penalties in Egypt after the recent execution of nine men. - OZAN KOSE/AFP via Getty Images

Egypt has executed dozens of prisoners in the past two months, nearly double the number of recorded executions in all of 2019, Amnesty International said Wednesday.

In what it called a “horrifying execution spree,” the London-based rights group said in a report Wednesday that Egyptian security forces executed at least 57 men and women between October and November. For comparison, the country executed a total of 32 people in 2019.

The figures are likely underestimates since Egypt doesn’t publish statistics on executions or inform the families and their lawyers, the report said. Pro-government media put the number of executions during the same period this year at 91.

“Not only are the Egyptian authorities trampling on the right to life in shocking disregard for their obligations under international law, but they are also punishing the brave human rights defenders,” Luther said.

Egypt provoked international criticism over its arrests last month of three members of a leading human rights group, the Egyptian Initiative for Personal Rights. Gasser Abdel-Razek, Mohamed Basheer and Karim Ennarah are currently detained at the notorious Tora Prison complex on charges including membership in a terrorist group.

Since taking power after a 2013 coup, Egyptian President Abdel Fattah al-Sisi has waged what human rights groups have described as an unprecedented assault on dissent marked by widespread arrests, forced disappearances and extrajudicial killings. Rights groups estimate Egypt is detaining 60,000 people, including activists, academics, journalists and members of the Muslim Brotherhood, on trumped-up political charges.

Wael Saad Tawadros, a Coptic monk convicted of killing a bishop at a desert monastery in 2018, is one of the many prisoners on death row. According to Amnesty International, Tawadros was denied access to a lawyer and his confession was extracted under torture.

The group called on the international community, in particular United Nations human rights bodies, to publicly pressure Egypt to call off the planned executions. Amnesty International also suggested the UN Human Rights Council create a system to monitor the ongoing violations in Egypt.