Gulf rivals Qatar and Saudi Arabia were both vying for 2030 hosting rights. 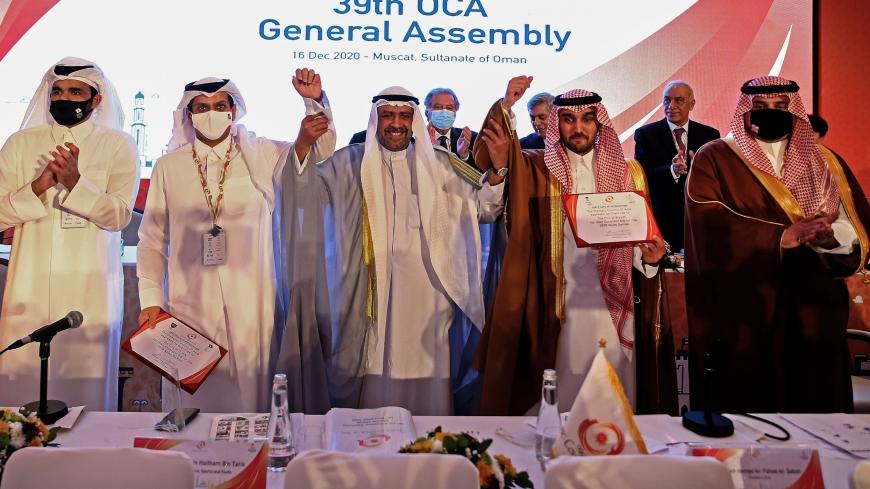 The Qatari capital of Doha will host the 2030 Asian Games, the Olympic Council of Asia announced Wednesday, naming the Saudi capital of Riyadh as host in 2034 and bringing an end to the intense bidding war between the two Gulf Arab states over one of the biggest sporting events in the world.

"I can now announce ... that the city who had the highest vote and will host 2030 is Doha," said council President Sheikh Ahmad al-Fahad al-Sabah of Kuwait. "The second hosting city, for 2034, is Riyadh."

Held every four years, the multisport competition brings together athletes from across Asia for what is the second-biggest sporting event after the Olympics. The Indonesian capital, Jakarta, staged the Asian Games in 2018, the Chinese city of Hangzhou is the venue for the 2022 edition and Japan will host the 2026 competition.

Qatar has hosted the Asian Games once before, holding the event in Doha in 2006. The 2034 competition will mark Saudi Arabia’s first time as host country.

Qatar is at the center of a diplomatic crisis that has divided the Gulf Cooperation Council. Since 2017, the gas-rich Gulf country has remained under an air, land and sea embargo imposed by Saudi Arabia, the United Arab Emirates, Bahrain and Egypt.

The four countries severed ties with Qatar, accusing it of supporting terrorism. Qatar denies the allegations.

The regional rivalry was on display this week as both Qatar and Saudi Arabia battled it out to become the 2030 Asian Games host. The Olympic Council of Asia president said Tuesday he was seeking a “win-win solution,” and ultimately split the difference by naming Doha as the 2030 host and Riyadh as the 2034 venue.

Sabah said of the council, "We always show solidarity and unity, and for this reason I will try to find a solution.”

On Wednesday, Sheikha Al Mayassa Al Thani, the sister of Qatar’s emir, congratulated both her country and its Gulf rival.

“Congrats to the Olympic Council of Asia on the decision to award the two candidate cities to host the Asian Games in 2030 and 2034,” she wrote on Twitter.

Qatar is also hosting the FIFA World Cup in 2022, the world’s biggest, single-sport competition, and is vying to host 2032 Summer Olympics.