In a changing Middle East, Abraham Accords will usher in new era for technology

Collaboration in the form of partnerships and joint ventures around technology between Israel and the United Arab Emirates could be indicative of the wider shift expected in a post-Abraham Accords Middle East. 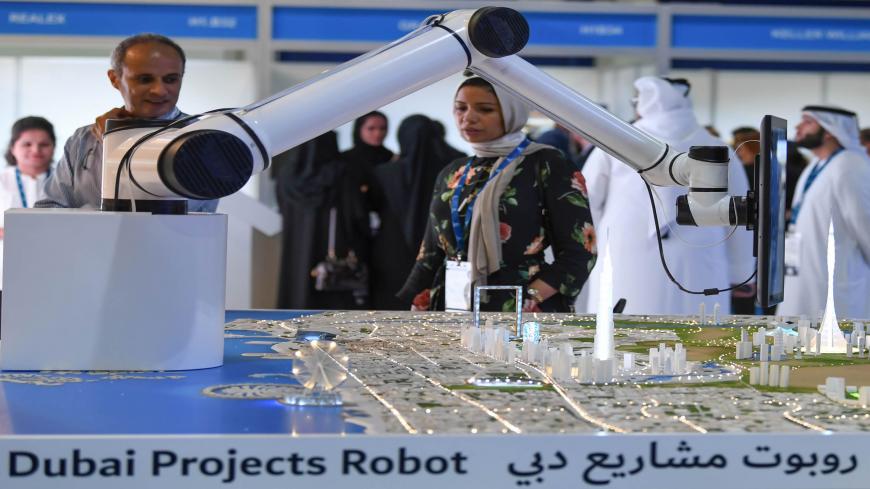 The common threat of Iran, a shared concern over Turkish aggression in the region and the United Arab Emirates’ (UAE) insistence that its decision to normalize ties with Israel prevented annexation in the West Bank are all factors seen as contributing to the signing of the Abraham Accords Aug. 13. To that list one can also add desert farms.

“We are seeing a lot of investments coming from the UAE in agricultural infrastructure and agritech,” Ofer Sachs, CEO of Herzog Strategic Group and former director general of the Israeli Export Institute, told Al-Monitor.

Food security is a major concern for the UAE, which imports over 90% of its food needs, said Ibrahim al-Assil, a former Dubai-based consultant and senior fellow at the Middle East Institute. “Agritech is another area for cooperation between Israel and the UAE, including research, improving infrastructure, production methods and water saving processes. The UAE will look to deploy Israeli tech and replicate some of their success in that field.”

Agritechnology is just one sector within the established Israeli tech industry expected to benefit from the normalization of ties between two of the Middle East’s largest economies.

Technology is a crucial part of the UAE’s push to prepare itself for a fast-approaching world of low energy prices. To that end, a hallmark of Dubai Vision 2030 is advancing innovation and putting technology at the forefront of the sheikdom’s economy.

“One of the main motivations of this agreement is Israeli high-tech,” Henrique Cymerman, president of the Israel-GCC Chamber of Commerce, told Al-Monitor. “The Emiratis do not want to just buy, they want to share and do joint ventures.”

Assil told Al-Monitor, “The long-term challenge for the UAE remains the ability to continue diversifying the economy away from oil.” He noted that the UAE’s main political challenge of stabilizing the Middle East and North Africa is linked, adding, “The economic plans need to go hand in hand with political initiatives to manage the main conflicts in the region.”

Sharing and purchasing technology is not new to Israeli-Emirati relations. Even before the accords there was cooperation along government-to-government lines, particularly in the field of cybersecurity.

Cymerman said that Israelis in the tech sector have been working in the UAE for years and that their technology has already penetrated the market. “Many Israelis have foreign passports and especially in the high-tech sector; it was easy to disguise products as foreign technologies,” he added.

The activity in recent months in the form of tech industry delegations visiting the Emirates is a manifestation of the market becoming more accessible to sectors outside of cybersecurity and the highest echelons of Israeli industry.

“The premium relationship has now become a mass relationship giving everyone the ability to explore the market,” Nimrod Kozlovski, a partner at Herzog Fox & Neeman and head of the firm’s tech regulation department, told Al-Monitor.

Abdul Wahab al-Halabi, partner at Decker & Halabi and a Gulf investor, believes that one outcome of the Abraham Accords will be young Israeli entrepreneurs with early-stage startups moving to Dubai.

“I personally see a lot of young Israeli entrepreneurs coming here. In a very short time I expect to see lots of them relocate here due to the favorable tax regime, easy business setup, and fast and efficient corporate ecosystem,” Halabi told Al-Monitor.

The tax regime varies for each of the six emirates, but there is no income and capital gains tax in the UAE. In addition, some businesses are not subject to corporate taxes and in terms of cost of living, Dubai ranks cheaper than Tel Aviv by some metrics.

Halabi cautioned it will be harder in the short term for the Emirates to attract large Israeli tech companies due to the level of research and development (R & D) and associated infrastructure that they require.

“It has been difficult to create R & D centers here. For big tech companies to set up shop there has to be a clustering effect and a support system,” Halabi said as he pointed out that even the leading Western universities with outposts in the Emirates do not have the large research centers that could meet the needs of bigger tech players.

Research and development is likely to be concentrated in industries where Israeli tech can add value to the developed Emirati industry, such as in manufacturing and energy.

Halabi states that the UAE’s focus on high-end manufacturing leaves room for R & D cooperation with the Israeli tech sector. “I see that very actively. Especially where Israeli technology can be used to reduce cost of energy or the production of high precision items.”

Fintech is another sector where the UAE is a leader in the region, something Halabi noted will further incorporate Israeli technology. “Deep AI technology — what Israel is good at — will flow into Emirati fintech.”

Collaboration in the form of partnerships and joint ventures around fintech could be indicative of the wider shift we might expect to see in a post-Abraham Accords Middle East.

The World Bank estimates that two-thirds of the population in the Middle East and North Africa is under the age of 30. As countries from Egypt to Iraq grow, technology will be the driving force for a young population seeking connections with the broader world, especially as their governments and ossified state-backed enterprises are unable to provide them the services they need.

The future is increasingly looking like one in which young consumers in the region will use financial service applications from the Gulf, powered by deep technology from Berlin, the Silicon Valley and Tel Aviv — whether they know it and accept it or not.

Indeed, in conversations with Al-Monitor, Israeli tech leaders have all voiced a similar perspective on the UAE as a hub rather than a destination for the industry.

The two countries have relatively equal populations and gross domestic products (GDP) making the UAE more important as a base for broader market access.

Halabi said there is a clear advantage in having a physical presence in the UAE for pitching to markets in Asia and Africa. “There is a big difference to say, ‘I have a Dubai company and Dubai representative and I would like to service you.’”

“The UAE is a bridge for the region into Africa, into southeast Asia and the MENA market,” Sachs said. “It’s a place to go to build relationships. We expect to see people looking for partners to penetrate new markets.”

In the short term, the most immediate market to focus on will likely be Saudi Arabia. Its close commercial and political ties to the Emirates and a GDP nearly double the size of Israel’s makes it a lucrative target.

“The Saudis are the crown of the Gulf. They need everything and they have all the possibilities to buy it,” Cymerman said.

Expat Middle Eastern businessmen residing in the UAE may also be keen to collaborate with Israeli firms and use their home country contacts as inroads to new markets. Sachs noted that his firm is already engaged in talks with Iraqi, North African and even Iranian businessmen.

“Software companies and digital technology do not require a large presence on the ground,” Kozlovski added.

Assil said that the extent of collaboration will vary. “Their role will remain limited in the short term, and it depends on where they are from, how connected they are to their home countries and their personal conventions.” But he added, “The agreement would pave the way for the Arab business community in the UAE to strike their own deals with Israeli firms, bypassing any boycott laws they had in their home countries.”

All sides have expressed the view that so far there has been lots of talk, but less on the side of hard deals.

Sachs noted, “When the dust of excitement goes down, we will see a more coherent picture of the situation.”

The region is certainly changing, but the speed at which that change comes will vary. 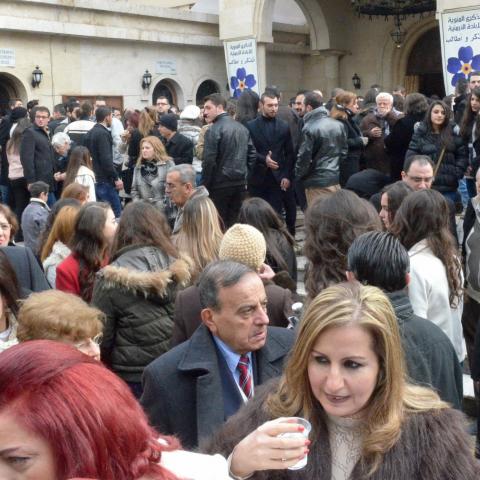 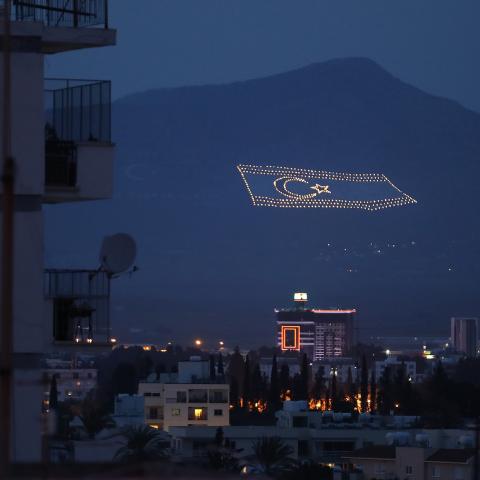