Rep. Tlaib accused of anti-Semitism for comments on Biden pick

The Michigan congresswoman said she hopes Joe Biden's nominee for secretary of state will not go after boycotts of Israel. 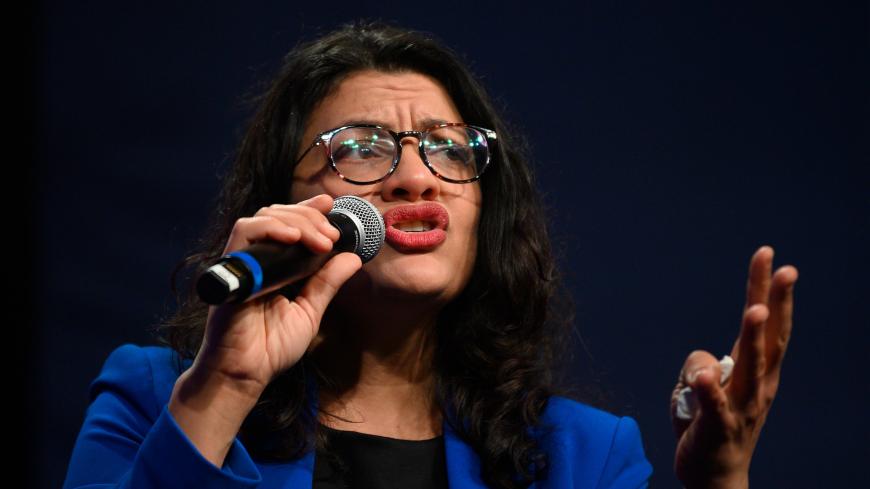 A Democratic congresswoman is under fire for comments she made about President-elect Joe Biden’s nominee to be secretary of state.

“So long as he doesn't suppress my First Amendment right to speak out against Netanyahu's racist and inhumane policies,” Tlaib tweeted. “The Palestinian people deserve equality and justice.”

Tlaib, who is Palestinian-American, was accused of anti-Semitism for bringing up Israel immediately upon Blinken’s nomination because Blinken is Jewish. Several US Jewish groups and commentators alleged that Tlaib only brought Israel into the conversation because of Blinken’s background.

Tlaib was specifically referring to recent controversy in the United States over the boycott, divestment and sanctions (BDS) movement, which supports a variety of boycotts against Israel over its treatment of Palestinians. Tlaib is a prominent supporter of the movement.

In recent years, several US politicians have passed legislation aimed at BDS. Critics argue the BDS movement is anti-Semitic and singles out Jews for discrimination. BDS supporters say it is a nonviolent form of protest against Israel. Last week, Secretary of State Mike Pompeo said the United States would declare BDS anti-Semitic and withdraw US government support for groups working with the movement.

In a follow-up tweet, Tlaib said she brought up Israel because of Pompeo’s actions.

“Sec. Pompeo has moved to suppress BDS, a peaceful protest movement protected by the 1st Amendment,” she said. “I hope that Mr. Blinken and President-Elect Biden’s Administration will change course from Trump’s State Department & not target or suppress support of Palestinian human rights.”

Some Jews have defended Tlaib against the recent charges of bigotry.

Tlaib is a member of the self-styled "squad,” which refers to a group of female, progressive congresswomen first elected in 2018. She was previously accused of anti-Semitism in 2019 when she insinuated that Republicans pushing legislation against BDS had dual loyalties to Israel and the United States.

Next month, Tlaib is participating in an event titled “Dismantling Antisemitism, Winning Justice” and co-sponsored by the left-wing group Jewish Voice for Peace. The panel will discuss how charges of anti-Semitism can undermine social justice.