Rouhani: US election results not important to Iran

Iranian President Hasan Rouhani called for whoever wins in the United States to return to "international and multilateral accords." 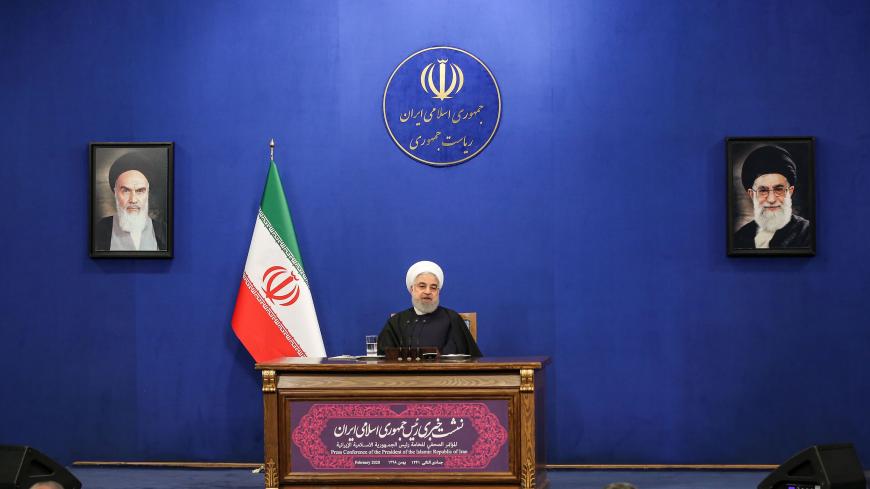 Iranian President Hassan Rouhani speaks during a news conference in the capital Tehran, on Feb. 16, 2020, with the portraits of Iran's (L to R) former and current Supreme Leaders, Ayatollah Ruhollah Khomeini and Ayatollah Ali Khamenei, seen behind. - ATTA KENARE/AFP via Getty Images

With the results of the US presidential contest uncertain, Iranian President Hassan Rouhani weighed in Wednesday to say who America elects as its next leader doesn’t concern Tehran.

“For Tehran, the next US administration’s policies are important and not who wins the US election,” Rouhani said during a cabinet meeting.

“We want to be respected, not subject to sanctions,” he said. “No matter who wins the US election, … what we want is for the US to return to law, …  to return to international and multilateral accords.”

Rouhani was referencing the 2015 Iran nuclear accord that President Donald Trump withdrew from in May 2018. Since the United States exited the deal and imposed crippling economic sanctions, Iran has steadily violated its nuclear obligations and enriched uranium beyond what’s allowed under the agreement.

Trump has called for a new, tougher deal on Iran, but his rival has made salvaging the current one, known as the Joint Comprehensive Plan of Action, a top foreign policy priority. If Iran returns to compliance, former Vice President Joe Biden has said he would rejoin the pact as a starting point for negotiations.

The Iranian president’s outlook on the US election echoes that of the country’s Supreme Leader Ayatollah Ali Khamenei. During televised remarks on Tuesday, Khamenei said that Tehran’s policy toward Washington remains the same regardless of “who enters or leaves” the Oval Office.

“Some people talk about what will happen if this or that one is elected. Yes, certain events may happen but they don’t concern us. Our policy is calculated and clear,” he said.

Rouhani’s comments on Wednesday coincided with the anniversary of the 1979 storming of the US Embassy in Tehran and subsequent 444-day hostage crisis. The annual anti-US demonstrations held in Iran on this day were cancelled due to the country’s ongoing coronavirus crisis.

Secretary of State Mike Pompeo marked the anniversary with a statement paying tribute to the American survivors.

“Today we honor the sacrifice made by these patriots and those who worked tirelessly to free them,” Pompeo said. “Even today, the Iranian regime continues to utilize the inhumane tactic of hostage-taking to advance its destructive agenda."

Pompeo called on Iran to release dual citizens Morad Tahbaz and Siamak and Baquer Namazi, as well as account for the fate of Bob Levinson. The family of the ex-FBI agent who disappeared in Iran over 13 ago said in March he is presumed dead.