The Qatari government also announced charges against security officers in relation to the October abandoned infant incident at Doha airport and the subsequent invasive searches of women there. 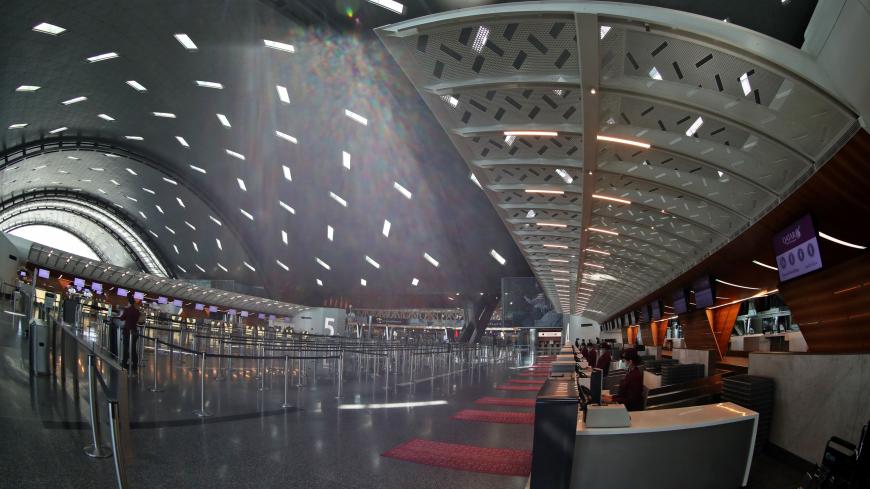 Doha's Hamad International Airport is seen on March 31, 2020, after the start of the coronavirus pandemic.

Qatari authorities say they have identified the parents of the newborn baby found left in a trash can in Doha airport earlier this year. They also said they have brought charges against police who allegedly subjected women to invasive, nonconsensual body searches in relation to the incident.

On Oct. 2, a newborn baby was found abandoned and alive in a trash can at Hamad International Airport. Qatari authorities said the baby was buried under garbage in a plastic bag and they treated the incident as an attempted murder. In their efforts to locate the mother, authorities reportedly inspected the genitals of female travelers without their consent.

Many of the women were about to board a Qatar Airways flight to Australia and the Australian government condemned the treatment they were subjected to. The Qatari government later apologized for what happened. The child is currently being cared for in Qatar.

In a statement Monday, the state-run Qatar News Agency said the baby's suspected mother and father are nationals of an Asian country. The father told Qatari investigators that the woman sent him a picture of the baby in the trash can after the birth and then returned to her home country.

Prosecutors charged some security officers over the body searches and are now seeking to arrest the mother, Al Jazeera reported.

The exact motivations behind the abandonment of the baby are unclear. Sex outside of marriage is illegal in Qatar, which prompts some women to conceal their pregnancies. Female victims of sexual crimes also have been subject to court proceedings; in 2016, a Dutch woman was detained on suspicion of adultery after saying she was raped.