The UN recently warned that parts of the Palestinian territories are not prepared to cope with a major outbreak of COVID-19. 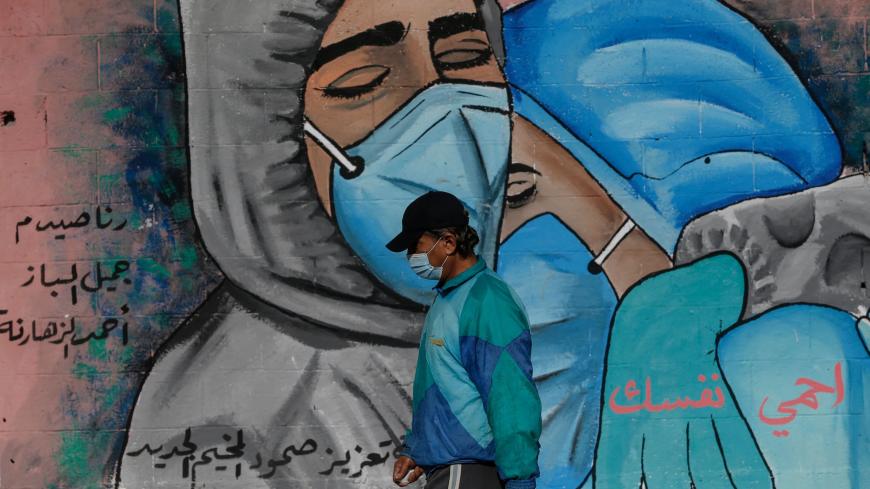 A Palestinian man walks past street art showing doctors mask-clad due to the COVID-19 pandemic in the Nusseirat refugee camp in the central Gaza Strip on Nov. 16, 2020. - MOHAMMED ABED/AFP via Getty Images

The Palestinian territories recorded their highest ever daily count of new COVID-19 cases today. The alarming figure comes on the heels of a United Nations warning about the devastating effects of an outbreak in the area.

Palestine registered 1,472 new infections on Friday. This figure is the highest ever for a single day, according to the WAFA News Agency, which is run by the Palestinian Authority.

The political and military organization Hamas controls the Gaza Strip internally. Israel maintains a land, sea and air blockade of the Strip, which also has a border with Egypt. Israel and Hamas frequently fight one another.

Friday’s cases were counted from throughout the West Bank and Gaza. The total number of confirmed COVID-19 cases in the Palestinian territories is now 81,294, WAFA reported. Around 4.5 million people live in the territories.

The UN’s envoy for the peace process between Israel and the Palestinians recently warned that Gaza in particular is at risk if cases continue to rise.

Mladenov went on to praise the PA for restoring its civil and security cooperation with Israel in light of the pandemic. He also said that 121,000 Palestinians lost their jobs following lockdowns in the spring aimed at mitigating the virus.

“Palestinian unemployment levels are alarmingly high,” said Mladenov. “Some 40% of Palestinian households lost more than half their income in this period and food insecurity rates have soared.”