The South Carolina Republican and member of the Foreign Relations Committee has both praised and criticized Trump's policies on Syria, Israel and other places. 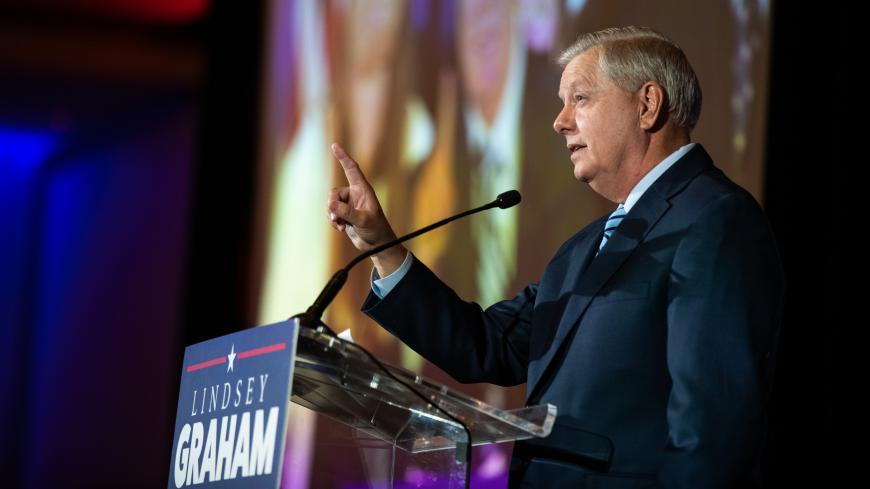 Graham is one of the most highly engaged senators on Middle East issues, particularly Syria.

Graham is a member of the Senate Foreign Relations Committee, where he is an influential voice on Middle East policy. Graham supports Trump on domestic policy issues, but has clashed with the president on some Middle East affairs. In 2019, Graham harshly criticized Trump’s repositioning of US troops in northeast Syria ahead of Turkey’s offensive against US-backed Kurdish groups there.

Graham is a vocal supporter of the Kurdish-led Syrian Democratic Forces (SDF), the United States partner against the Islamic State (IS). In August, Graham spoke with SDF commander Mazlum Kobane to confirm an oil deal between the SDF and a US energy company.

The senator also opposed the Trump administration’s proposed sale of arms to Saudi Arabia and the United Arab Emirates last year. The controversial deal amid the war in Yemen is still being investigated by Congress.

Graham, who also chairs the Senate Judiciary Committee, is supportive of Trump on other regional issues, and praised the president for his role in the UAE-Israel normalization agreement, for example.

In his victory speech, Graham mentioned this week's IS attack in Austria.

“To the people in Austria, Vienna, my heart breaks for you,” said Graham. “To the rest of America who may be watching briefly here, radical Islam is not dead and buried.”

There are several Senate races still to be counted, meaning it is unclear whether Republicans or Democrats will control of the legislative body.