Eli Cohen told Ynet TV that Saudi Arabia and Qatar are "on the agenda" for recognizing the Jewish state. 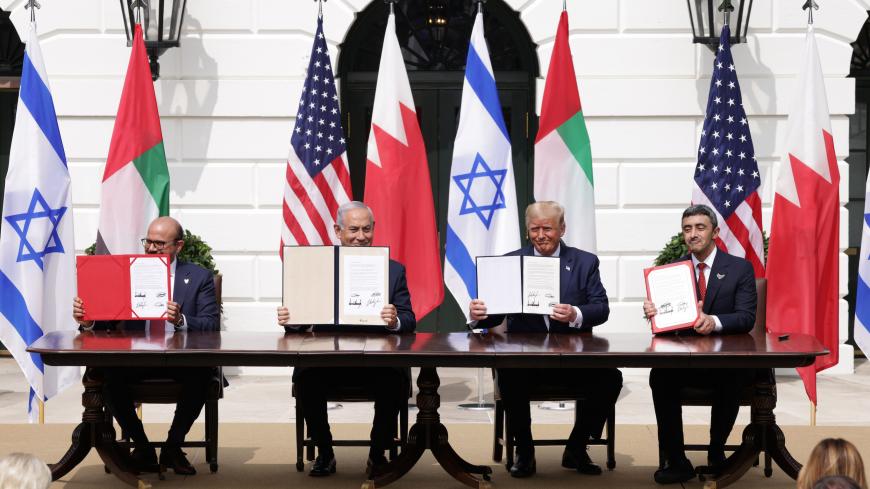 “These are the five countries,” Cohen told Israel’s Ynet TV on Monday. So far, the United Arab Emirates and Bahrain have signed agreements normalizing ties with Israel amid a Trump administration effort dubbed the Abraham Accords. Sudan’s leaders have also signaled their willingness to recognize Israel.

The initiative is being touted in the United States as a political win for President Donald Trump ahead of his reelection bid Tuesday. But it could have strategic implications for both Israel and the United States, given Iran’s apparent military and political ambitions in the region and the end of the United Nations arms embargo on Tehran.

“If the Trump policy continues, we will be able to reach additional agreements,” Cohen said Monday, according to Reuters. Cohen's comments came a day before the US presidential vote in which Trump faces a tight contest for reelection.

Trump’s son-in-law and senior adviser Jared Kushner has said the UAE’s agreement to recognize Israel paved the way for the Gulf state to potentially receive the United States’ highly advanced F-35 fighter jet, possessed by only a select few of Washington’s allies and partners.

News of the offer raised heated controversy in the Israeli government and led to an additional US defense agreement with Israel, ostensibly to assuage concerns over maintaining Israel’s regional military superiority. Qatar has reportedly requested to purchase the F-35 as well.

The Trump administration also appeared to have widened the goalposts on prior negotiations with Sudan, tying an agreement-in-principle about removing the Saharan country from the US state sponsors of terror list to a new request that its leaders formally establish ties with Israel.

Cohen said that whoever wins the US presidential election Tuesday should take a firm stance on Iran, as otherwise progress on the potential agreements could stall. “A concessionary policy will get the peace deals stuck,” he said, according to Reuters.

US Defense Secretary Mark Esper has suggested that Washington sees opportunity in shared concerns among Middle Eastern governments over Iran’s activities in the region.

“The vision would be to have some type of security construct where countries on the [Arabian] Peninsula, Israel and others are working together to deter conflict with Iran,” Esper said last month.

So far, officials in Riyadh have publicly signaled that they are not ready to recognize Israel until a two-state solution is reached with the Palestinians, though reports have suggested that Crown Prince Mohammed bin Salman may be less opposed to the proposal than his government lets on.

Oman’s government praised the normalization deals between the UAE, Bahrain and Israel in September.

Democratic Party presidential candidate Joe Biden has said he wants to return to the 2015 nuclear agreement with Iran, if Iran is in compliance, and with additional stipulations. Trump unilaterally withdrew the United States from the agreement in 2018, with support from Israel and US partners in the Gulf.