A ridiculously small budget of 50 million shekels won’t help Prime Minister Benjamin Netanyahu win over the Druze and the Circassian communities ahead of possible new elections. 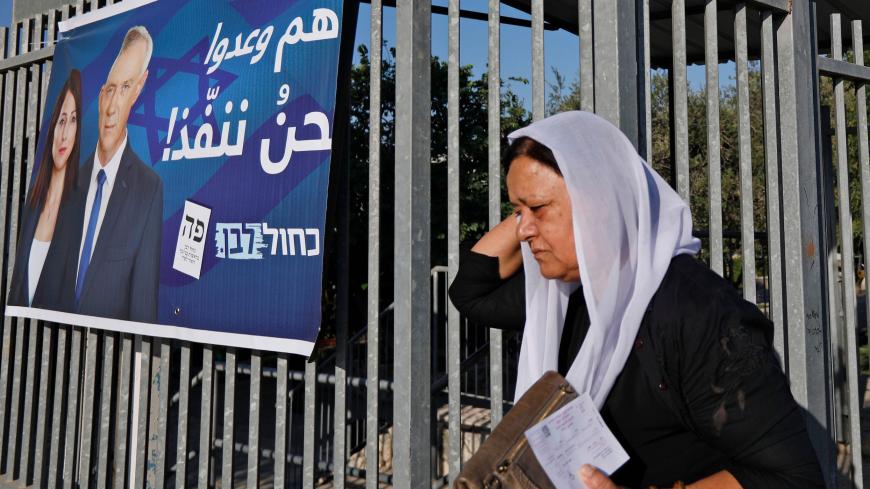 A member of the Israeli Druze community leaves after casting her vote during Israel's parliamentary elections on Sept. 17, 2019, in Daliyat al-karmel in northern Israel. - JALAA MAREY/AFP via Getty Images

At the start of this week’s cabinet meeting, Prime Minister Benjamin Netanyahu proudly announced, “We have a great obligation to our friends in the Druze and Circassian communities. Today, we are submitting another cabinet decision on developing and strengthening these communities, an additional 50 million shekels [$15 million] for planning, infrastructure development, the expansion of Hebrew language studies and more. We are instructing the professional elements in the various ministries to continue formulating the five-year plan.”

The announcement struck like thunder on a sunny day. There was no previous indication that anything like it was coming, though it is no doubt a welcome step. It is always good to see the government investing in minority populations. However, if we look a little more closely at the announcement, the sum is a drop in the proverbial bucket. The Forum of Druze and Circassian Local Authorities represents a total of 16 localities. How much can they really plan and develop if all they get is about 3 million shekels ($900,000) apiece?

Then there is the timing of the announcement. It came three weeks after the government approved another year-long extension of the five-year plan for the Arab population and Bedouin localities and just three days after the Justice Ministry announced a freeze of the 2017 Kaminitz Law, offering some relief from enforcement of policies pertaining to illegal residential construction on agricultural land that principally affect Israel’s Arab and agricultural sectors.

Considering that the Justice Ministry is controlled by the Blue and White Party and not the Likud, the inevitable question is whether politics played a role. Is there a connection between the prime minister’s announcement this week and others over the past month?

It depends on who you ask. Attorney Malek Bader, former chair of the Forum of Druze Local Authorities, explained to Al-Monitor, “I believe that the announcement came in response to a statement by Justice Minister Avi Nissenkorn that he was freezing the implementation of the Kaminitz Law. The new announcement seemed to say that the Likud also knows how to give to the Druze community.” He continued, “The prime minister’s promise to transfer 50 million shekels to the local Druze authorities for future planning is ridiculous for two reasons. The first is that, like the rest of his promises, it will not be fulfilled. The second is that any effort to catch up with planning for the Druze local authorities would require hundreds of millions of shekels, not 50 million.”

In response, Likud Knesset member Fateen Mulla, who serves as a deputy minister in the prime minister’s office, told Al-Monitor, “Three weeks ago, the government was asked to supplement the aid budget so that it meets the needs of various organizations and institutions. Among these were the Druze and Circassian local authorities. Of this, 50 million shekels were budgeted to make up for any gaps that the authorities might face until the end of 2020 due to the failure to renew the five-year plan, which ended in December 2019. Prior to that, the Druze and Circassian local authorities received a grant of 27 million shekels [$8 million] for use during the COVID-19 pandemic, while the plan to strengthen Druze and Circassian villages has a budget of 202 million shekels [$60 million], of which they have already received 173 million [$51 million]."

The government adheres to a divide-and-conquer policy, the same policy followed by generations of Israeli governments in their dealings with Arab citizens. They develop separate plans for the Arab, Bedouin and Druze and Circassian populations, portraying them as distinct so that they don’t coalesce into a single political force. For example, during the 2018 demonstrations against the nationality law, Tel Aviv witnessed two parallel protest movements, one by Druze citizens and another by Muslim and Christian citizens, even though both demonstrations demanded the repeal of a law that affected both groups equally.

The sum of 50 million shekels is a trivial amount to correct years of disparities and injustice. In 2017, an earlier Netanyahu government allocated 150 million shekels ($44 million) for 40 settler families evacuated from the Amona outpost, following a Supreme Court ruling that construction at the site was illegal. The ridiculous sum allocated to Druze society is exemplary of vast disparities in investments into Israel's Jewish and Arab communities.

There are already discussions about a new round of elections in 2021 as next year’s budget still awaits approval. Are the 50 million shekels an election ploy intended to appease the Druze community, which abandoned the Likud and voted overwhelmingly for the Blue and White?

Jaber Hamoud, head of the Sajour Local Council and chairman of the Forum of Druze and Circassian Local Authorities, told Al-Monitor, “First of all, I welcome this step. On the other hand, these are sums owed to us as citizens. No one is doing us any favors. It comes in addition to Government Decision 4798, which is estimated to amount to 202 million shekels for 2020, so that it in total, it comes to 252 million shekels [$75 million]. Nevertheless, it should be noted that these are just [appeasement measures] and not a permanent solution to the problems in our towns and villages. We demand the repeal of the Kaminitz Law, which is a death sentence to Arab society in general and Druze society in particular. Furthermore, we demand the approval of the five-year plan to develop and empower Druze and Circassian localities.”