Tired of being sidelined and excluded, an Israeli-Arab Knesset member flashes willingness to deal with Netanyahu and rethink role of Israeli-Arabs in parliament. 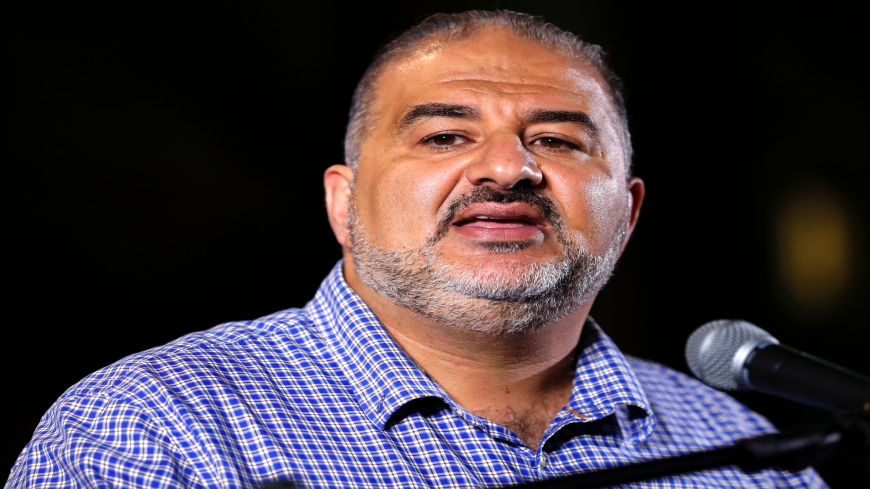 Mansour Abbas, Israeli Arab politician and member of the Arab Joint List, appears during a campaign rally in the northern Israeli Arab town of Sakhnin on Sept. 15, 2019. - AHMAD GHARABLI/AFP via Getty Images

While the world is focused on the results of the US elections and President Donald Trump’s refusal to recognize his defeat, Israel has been focused on a change in the relationship between Prime Minister Benjamin Netanyahu and part of the Joint List. This changed relationship reached its apex when Netanyahu chose to participate in a Nov. 10 meeting of the Knesset Committee on Combating Violence in Arab Society. The committee is headed by Knesset member Mansour Abbas of the Raam faction — one of the four factions composing the Joint List, a unified slate of predominantly Arab parties.

Netanyahu’s participation at the debate was surprising. This same Netanyahu has never stopped his verbal incitement against Arab citizens and Arab legislators and making them into a threat to right-wing rule. There are plenty of examples of that. On election day in 2015, he declared that “the right-wing government is in danger. Arab voters are heading to the polling stations in droves." In 2019, he sent a chatbot message to his followers on Facebook, warning them against a coalition that would rely on the support of Arab politicians “who want to destroy us all — women, children and men.” After the last March elections, Netanyahu rejected Arab representation in the Knesset by saying “Arabs are not part of the equation."

Now a romance has blossomed between him and the chairman of Raam, Abbas, who stated, “If I receive budgets and legislation, I don’t mind giving Netanyahu whatever is needed.” Who would have believed it?

If this wasn’t enough, on Nov. 11 Abbas announced on Channel Kan 11 that Joint List Chair Ayman Odeh should not be the one heading the party. “I need to lead the Joint List with the approach I’m trying to advance,” said Abbas.

No doubt there is a political game here. Netanyahu’s real goal behind the sudden honeymoon could be to gain Raam’s support of the French Law — which would offer him immunity while serving — if it becomes relevant. Netanyahu could even aim to exploit Raam for preventing Blue and White leader Benny Gantz from establishing a 61-member majority opposition.

What’s interesting in this situation is that while Abbas has been attacked by his colleagues from the Joint List for his cooperation with Netanyahu — which is considered a red flag in Arab society — some in the Arab public have reacted differently. Those in the Arab public who don't belong to one of the Arab parties haven’t gone along with this criticism and haven't come out against Abbas, as would have been expected. This has caused much frustration among quite a few members of the Joint List in particular and the center-left in general.

Where is it coming from? Observers of the Arab public can’t miss new voices like that of attorney Ayman Abu Raya, cited in a previous article, who call on Israeli-Arabs to come out from the pocket of the center-left — a political camp that has never stopped renouncing the Arab public and has refused to include Muslim and Christian candidates on its lists. This still doesn’t make the Arab public run to embrace Netanyahu and the right, but there’s a sense of revulsion at the center-left approach toward the Arab population, which has assumed that Israeli-Arabs would always back them because the Arabs don’t have many other political choices. In fact, these voices should be a warning light for the center-left camp, which hasn’t grasped that in the political situation in Israel it has nothing to offer without the Arab public.

But how widespread is this view against the center-left? Only time will tell whether this is a phenomenon that is still in its infancy and hasn’t yet gained momentum. In a conversation with Al-Monitor, former Knesset member Issawi Freij of the Meretz Party said, “It’s too early to tell what the Arab public will decide and how much these voices will gain an audience at the moment of truth, but without a doubt, in between elections all sorts of ideas crop up. There’s no doubt that what Mansour Abbas did was a brave move; he showed leadership and made a courageous decision at a time when the Arab public suffers from a lack of leadership. He has initiated and led a process at a time when the rest of the leadership had a policy of reacting and responding.”

And perhaps this is the point that bred this new discourse in the Arab public: Is running for the Knesset an objective of its own — to show that the Arab public has representation in parliament? Or is the goal to play the political game and attempt to have political influence, as Abbas is trying to do?

Also, if the center-left continues its dissociation from the Arab population because some think that adopting such a policy could attract votes from the right, then this policy has led to a total failure. An example of this policy could be seen at the Nov. 7 memorial for assassinated Prime Minister Yitzhak Rabin. The organizers chose not to include a single Arab among the list of speakers despite several requests to include Odeh.

Another example of the center-left distancing Israeli-Arabs is that of opposition leader Yair Lapid. Ever since taking up this position — when Gantz turned his back on his voters and joined a Netanyahu government — Lapid hasn’t tried to connect with the Arab public or even visit an Arab town. More so, on several occasions, when the Joint List submitted no-confidence votes against the government, center-left parties did not cooperate. In fact, many of their Knesset members were absent from the plenum during these votes.

In a conversation with Al-Monitor, attorney Ruba Rafoul-Natan of Haifa said, “In the past, I was an ardent supporter of the Israeli left. I voted for Meretz when I found no other alternative. But I have been greatly disappointed at the negative position of the left toward the Arab population. Time after time it’s been proven that the left isn’t a real partner and that our struggle isn’t a joint one. We have to find the most courageous voices in order to create a true partnership and make change."

Lisa Hanania, a Palestinian activist from Jaffa, said, “Unfortunately, the Israeli Zionist left often asks to collaborate with the Palestinian community only when it is convenient for them. For example, during the past elections, the Joint List was pressured by that same Zionist left to recommend Gantz as the prime minister when he, a 'moderate' politician, was afraid to be associated with those same Arab voters. The Zionist left plays a dangerous tango with the Palestinian Arab community, where they treat them as a ‘bank vote’ that they can use and then dump when no longer needed.”