Iran announces a new missile system in what seemed to be yet another message to Western leaders that the Islamic Republic will press ahead with its “non-negotiable” missile program no matter who is US president. 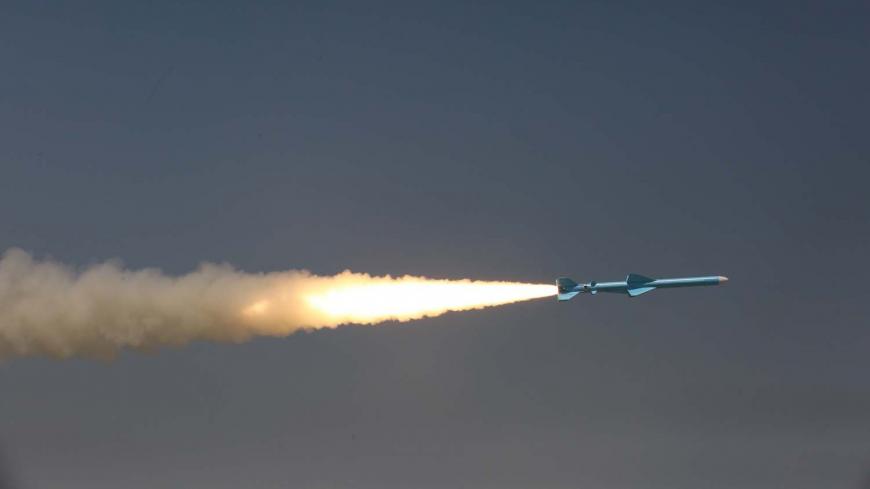 An Iranian Ghader missile is fired on Sept. 11, 2020, during the second day of a military exercise in the Gulf, near the strategic Strait of Hormuz in southern Iran. - AFP PHOTO / HO / Iranian army website

The IRGC commander, Hossein Salami, introduced the new system with his signature scathing rhetoric against Iran’s “enemies” and a message of defiance to the United States and European countries that Iran’s missile program is not up for negotiation. “Our missiles make our enemies shiver and force them into retreat. … And if need be, this fearsome program will impose our political will upon them.”

Salami ordered the IRGC’s Aerospace Division to “constantly keep hands on the trigger.” And the unit’s commander, Amir Ali Hajizadeh, issued a warning of his own after the unveiling ceremony, saying, “The enemies will face a heavy barrage of missiles if they make the tiniest mistake.”

The IRGC inauguration coincided with tight ballot counting in the US presidential election, where the two candidates, despite disagreeing on many issues, have both shared concerns about Iran’s missile program, albeit with different tones. The same worries have for years also been expressed by the United Nations and European leaders, who have pressed Iran to come to the negotiating table to discuss its missiles; this is a demand the Iranian leadership has adamantly rejected, defending its missile program as a legitimate right guaranteed by its doctrine of deterrence.

The missile program has been a recurring motif in speeches by Iranian Supreme Leader Ayatollah Ali Khamenei, who is also the country’s commander in chief. Khamenei has continuously called on the IRGC to boost missile knowhow, shrugging off Western worries as an "upproar." On Tuesday, Khamenei defended the program as a “tool” that “solves many problems” and equips Iran against outside security threats.

On multiple occasions in recent years, Iran has fired those missiles against different targets, most notably in January, when over a dozen of them landed on the US-run Ain al-Asad air base in neighboring Iraq. The attack was Iran’s response to the killing of its top general Qasem Soleimani in a US airstrike.

But not all Iranian missiles have always hit military targets. During the same tense hours IRGC forces were conducting the retaliatory mission and were fearing a US response, they shot down a passenger plane right outside the capital, Tehran, in what they called “mistaken” fire, killing 176 people onboard the Kyiv-bound plane operated by Ukraine International Airlines.