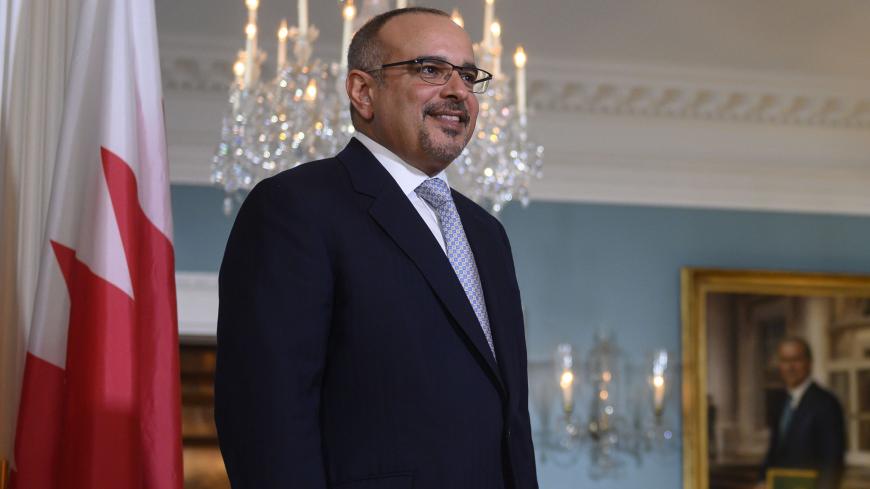 Bahraini Crown Prince, Salman bin Hamad Al-Khalifa, looks on next to US Secretary of State Mike Pompeo (unseen) during a meeting at the US Department of State in Washington, DC on Sept. 17, 2019. - ANDREW CABALLERO-REYNOLDS/AFP via Getty Images

Prince Khalifa bin Salman al-Khalifa, who died at the age of 84, had served as prime minister since Bahrain declared its independence from Britain in 1971. Pro-democracy protesters called for his ouster during the Gulf country’s 2011 Arab Spring uprising, but the majority-Shiite demonstrations were ultimately suppressed with the help of neighboring Saudi Arabia.

His successor, Crown Prince Salman, is the oldest son of the king and serves as the deputy commander of Bahrain’s military. During Prince Khalifa’s illness and treatment at the Mayo Clinic, Prince Salman presided over sessions of the Council of Ministers.

The new prime minister received his bachelor's degree in political science from American University in Washington and his master's from the University of Cambridge in the United Kingdom.

Across Bahrain, government offices are closed and flags have been lowered to half-staff. According to a royal statement, a limited number of relatives will attend Prince Khalifa’s funeral due to coronavirus restrictions, and the burial will take place after his remains are flown back from the United States.

In a statement Thursday, US Secretary of State Mike Pompeo said he was “greatly saddened” by Prince Khalifa’s death.

“We honor his demonstrated commitment to peace and his steady promotion of dialogue,” Pompeo wrote.