The coronavirus pandemic has wreaked havoc on Turkey's music industry that is already experiencing tough times due to a ban on alcohol advertising that has prevented companies from sponsoring events and festivals with their brand names. 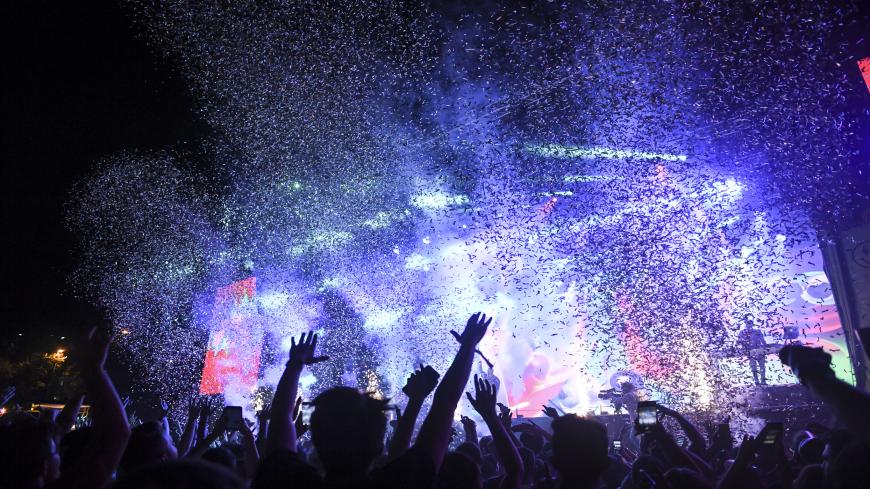 The Turkish government’s arguably arbitrary coronavirus restrictions have wreaked havoc on the livelihoods of musicians and other artists. Nearly a hundred musicians have reportedly committed suicide and hundreds more have been forced to make drastic career changes in the past few months.

Tascier blasted the ruling Justice and Development Party (AKP) government for imposing restrictions that have included the closure of bars, nightclubs and venues, and the cancellation of open-air concerts, while allowing AKP gatherings and huge weddings thrown by ruling party deputies to take place.

“There are musicians trying to bring home bread by selling their instruments. They don't know what they will do after the pandemic. As these people don't have insurance, they have no security whatsoever,” Tascier said in her statement.

“There is a so-called fight against the virus with strange and meaningless bans. Steps have been taken as if the virus spreads after certain hours with music. Hundreds of thousands of people have been virtually abandoned to hunger and death,” Tascier said, in reference to a recent regulation prohibiting live and recorded music from being played in bars and cafes after midnight.

Due to licensing issues, some bars and restaurants have reopened while others, such as Istanbul's iconic multi-floor venue Karga, with its exquisite exposed brick walls and a small concert hall on the top floor, has remained shuttered for months.

Pop singer Ceylan Ertem, a prolific performer who has shared the stage with some of the country's most popular musicians, surprised her fans by tweeting that she was selling her computer and vocal pedal as she had nothing left to sell.

In a collective call for support shared on social media, Ertem and other musicians warned that the music sector — which employs 1 million people when including technicians, roadies, security guards, waiters and others — was on the verge of collapse.

“It is impossible for the sector, which is currently in an economic bottleneck and has reached the point where the switch has been flipped off, to get rid of the existing economic damage via its own efforts,” they said in the statement.

The music business was already facing tough times given the perpetually depreciating lira and a 2013 ban on alcohol advertising that prevented companies from sponsoring events and festivals with their brand names.

“We have worked with over 100 foreign bands, organizing gigs here in Istanbul for the past 15 years. Due to the reasons above this scene has basically collapsed. Only major venues that are supported by huge corporations are able to organize concerts with foreign acts,” said J. Hakan Dedeoglu, a musician, promoter and co-publisher of Bant magazine, a print and online music publication that launched in 2004.

“Between 2005 and 2012, almost every single touring act had a dream to come to Istanbul and this turned the city into a concert paradise. Now, not only the suffering economy is a reason for less shows but most bands are viewing Istanbul as a danger zone or a questionable destination. Plus, the ticket prices for shows had gotten extremely expensive. So even if there are foreign acts playing in the city, most of the shows had poor ticket sales,” Dedeoglu told Al-Monitor.

Others who have worked in the sector for years have been required to make drastic career changes amid the pandemic.

“I gave up on my plan and my dream of music being my first source of income, did a real 180 and started to work in a completely different sector,” said Merve Evirgen, a music writer, manager and DJ, who got a job in the marketing department of a fashion retailer in May.

“I can say that most of the musicians I know spent the first months of the pandemic in total depression and unemployment. Most of them were renting in the city center and either moved out and returned to their hometowns or moved in with their families,” Evirgen told Al-Monitor. Evirgen herself had a DJ set scheduled at the end of September, but that was canceled following the regulation banning music after midnight.

Kaan Akay, a musician and DJ, said many of his colleagues were also not doing well, though the pandemic had not affected his financial situation as he does not rely on performing music to earn a living. Akay also works at Zihni Muzik, one of Istanbul's longest-running and most well-stocked record stores. He said that the store's business is doing even better due to a surge in online sales. Akay has been keeping busy creatively, working on an album with rapper Agackakan over Zoom.

“Thinking about how there were lots of people locked up at home, in order to make them and myself feel better I did lots of live radio programs from home. It was really good for me and I hope that it was beneficial for others as well,” Akay told Al-Monitor.

Dedeoglu knows many musicians at different levels of the industry and said that most are living on their savings while others are trying to earn money from different jobs.

“The first three months was like, 'What the hell is happening?' Then it was summer. So, people said, 'OK, maybe we can play some gigs and at least there's the sun.' But with winter coming and no hope on the horizon it will get harder and harder for musicians and DJs. Obviously our government doesn't give a damn about this situation. For them, musicians basically don't exist.”