Secretary of State Mike Pompeo announced that US citizens born in Jerusalem can now elect to list "Israel" as their birthplace on consular documents. 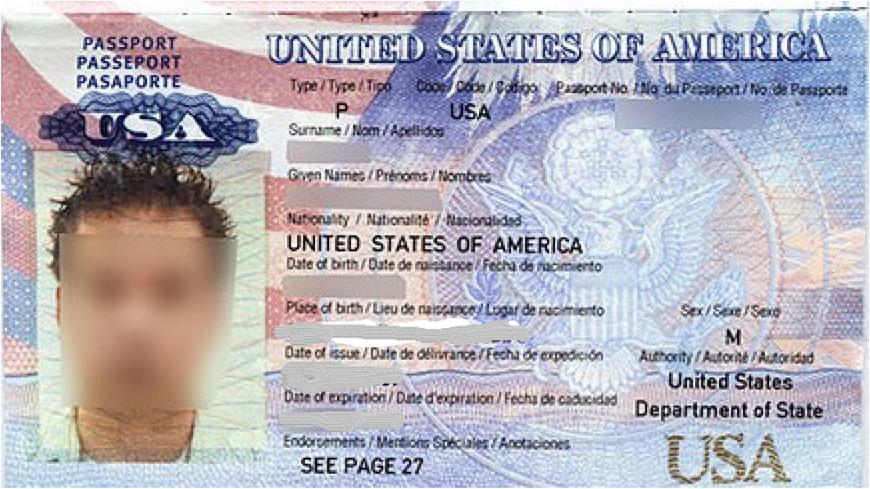 US passports for an American born in Jerusalem can now say he or she was born in Israel rather than just saying Jerusalem. - US State Department/Wikimedia

In a break with decades of US policy, Secretary of State Mike Pompeo announced Thursday that American citizens born in Jerusalem may now list “Israel” as their place of birth on their passports.

“Effective immediately, the State Department will allow US citizens born in Jerusalem to elect to list their place of birth as ‘Israel,’” Pompeo said in a statement Thursday.

Longstanding US policy has held that the status of Jerusalem — a fiercely contested city sacred to Judaism, Islam and Christianity — should be decided as part of future negotiations between the Israelis and Palestinians.

The Palestinians want East Jerusalem, which Israel captured in the 1967 war, as the capital of their future independent state. Israel views the Holy City as its "undivided capital."

In his statement Thursday, Pompeo said the new passport guidelines shouldn’t be seen as the Trump administration taking a position on Jerusalem’s fate.

“This matter remains subject to final status negotiations between the two parties. The United States remains strongly committed to facilitating a lasting peace agreement,” he said.

In a move that angered the Palestinians and drew widespread international criticism, President Donald Trump formally recognized Israel’s capital as Jerusalem in 2017, and months later, moved the US Embassy from Tel Aviv to Jerusalem.

In September, Serbia and Kosovo announced they would open embassies in Jerusalem as part of talks brokered by the White House. Honduras, which is home to a sizable Palestinian population, announced last month it would do the same.

Former Vice President Joe Biden says although he doesn’t agree with the decision to move the embassy to Jerusalem, he would leave the embassy there, if elected president instead of Trump. He also has said he would reopen a US consulate in East Jerusalem to further relations with the Palestinians.

Trump has recently unveiled a number of foreign policy achievements he hopes will strike a chord with his evangelical Christian voter base ahead of next week’s election. In addition to brokering normalization agreements between Israel and several Arab states, his administration Wednesday ended restrictions on using US taxpayer funding for scientific research projects conducted in Israeli settlements in the West Bank.