Israel’s West Bank Civil Administration gave its final approval for more than 1,300 housing units in the West Bank and more are expected to follow. 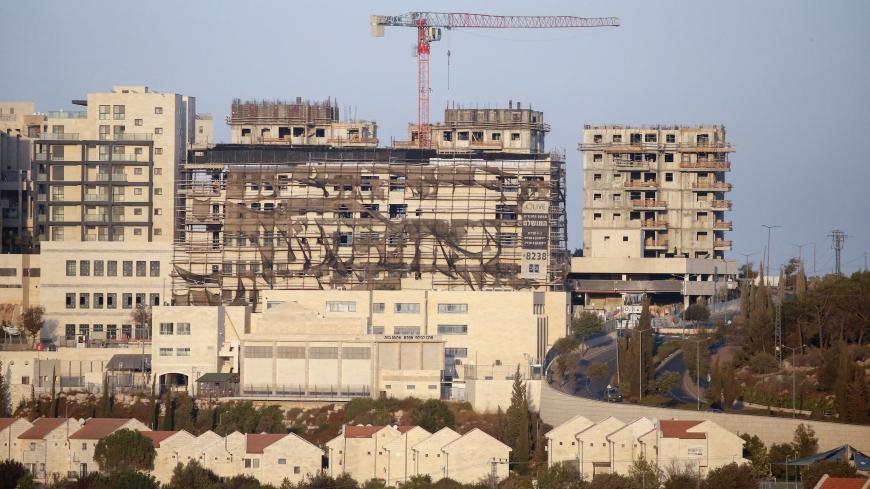 A picture taken on Oct. 14, 2020, shows new buildings in the Israeli settlement of Efrat south of the city of Bethlehem in the occupied West Bank. - HAZEM BADER/AFP via Getty Images

For the first time since inking normalization deals with the United Arab Emirates and Bahrain last month, Israel has announced plans to build new settlement units in the West Bank.

Israel’s West Bank Civil Administration, which approves settlement planning and construction, issued its final approval for 1,313 new housing units and advanced plans for an additional 853 on Wednesday. The body’s planning committee is expected to approve roughly 2,000 more units when it reconvenes on Thursday.

Some 450,000 Jewish settlers and three million Palestinians currently live in the West Bank. The settlements, built on territory captured in the 1967 war, are widely viewed as a violation of international law and a threat to a possible two-state solution.

Under the recent US-brokered normalization deals, Israel agreed to suspend plans to formally annex large portions of the West Bank in exchange for cooperation on a range of issues with the United Arab Emirates and Bahrain. Since signing the so-called Abraham Accords, Prime Minister Benjamin Netanyahu has been under growing pressure from settler leaders to make good on his campaign promise of more settlement construction.

“Netanyahu is moving ahead at full steam toward solidifying the de facto annexation of the West Bank,” the anti-settlements watchdog Peace Now said in a statement.

In a break with decades of US policy, the Donald Trump administration does not consider settlements in the West Bank and East Jerusalem illegal under international law. The White House peace plan released in January calls for Israel to annex about 30% of the occupied territory.

Palestinians are also angered by the administration’s decision to move the US Embassy from Tel Aviv to Jerusalem and its halting of funds to Palestinian aid projects. On Monday, Palestinian Prime Minister Mohammad Shtayyeh warned that another four years of Trump presidency would further harm the Palestinian cause.

“The election is very important. God help us, the EU, and the whole world if there are four more years of Trump,” he told European Parliament’s Foreign Affairs Committee.

Last month, Trump said that "five or six" countries could strike their own normalization deals with Israel. Oman, Morocco and Sudan have been floated as likely candidates.