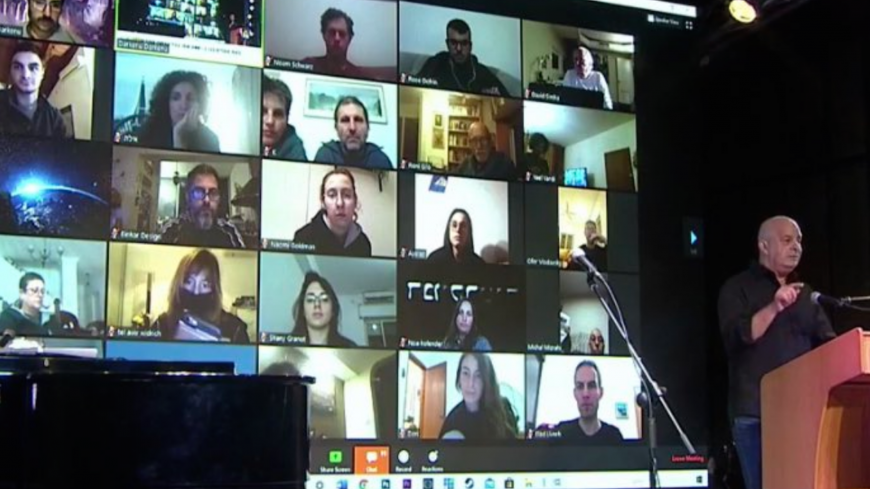 Israelis join a virtual protest via Zoom on March 22, 2020. - TWITTER/danixor

On Sept. 30, the Knesset voted 46-38 to amend the coronavirus law to limit the right to demonstrate only at a place within a kilometer (0.6 mile) from one’s home and only in small groups of up to 20 persons. Blue and White members Miki Haimovich and Ram Shefa voted with the opposition and opposed the stance of the government and their own party.

The law allows the government to declare a “special state of emergency due to the coronavirus” for a week, if it is convinced that there is a widespread proliferation of the virus that could cause severe harm to public health, and on the condition that a lockdown is in force at the time. The declaration of the state of emergency could be lengthened for additional periods from one week up to a total of 21 days.

But despite the new limitations on demonstrations, protests against Prime Minister Benjamin Netanyahu have continued throughout the country. Hundreds marched in Tel Aviv when Public Security Minister Amir Ohana criticized police for enabling the march and demanded that the law be enforced.

“We have become a dictatorship,” said Knesset member Eli Avidar of Yisrael Beitenu in his Knesset speech during the process of voting on the law. He said, “The State of Israel has been undergoing a process of deterioration for a period of several months already. If this law passes, none of us will be able to claim that we are the only democracy in the Middle East; we will have become a dictatorship.” The very next day, Avidar said he would petition the High Court against the legislation.

Those who have been tracking Netanyahu's responses to the demonstrations against him will recall how the prime minister created a confrontation in a government meeting in June when he said, “Freedom of demonstration is not relevant here.”

This was in response to Defense Minister Benny Gantz’s statement, “The right to protest is a holy right in the State of Israel,” following the arrest, during a demonstration, of former Brig. Gen. Amir Haskel.

At the time, Netanyahu tried to transmit indifference toward rallies and protests and even argued that these helped him politically. But in recent weeks Netanyahu has changed direction and he is now determined it seems to stop the protests at any price. At first, Blue and White opposed the adoption of emergency regulations to limit protests. Ultimately, however, they crumbled under Netanyahu’s resolve.

On the heels of the new legislation, activist Shikma Schwartzman Bressler of the Black Flag protest movement told Al-Monitor, “The events of recent days and the new limitations have made it clear to everyone that that the prime minister is not worried about coronavirus issues as much as he is in trying to wipe out the protest movement — because the protests reveal his failures.”

When asked whether Black Flag will continue its struggle despite the law limiting rallies, Schwartzman said, “We will continue our legal protest and struggle for the future of the State of Israel and Israeli democracy with all the tools we have at our disposal, while safeguarding public health. Israeli citizens deserve a prime minister who cares about them and is not busy from morning to night inciting the public, creating rifts and giving himself tax breaks. The protest will not end until Netanyahu resigns.”

On the other hand, right-wing journalist Yinon Magal of 103 FM told Al-Monitor, “When there is an epidemic, all forms of assemblies are forbidden. Thus, despite my religious beliefs, I think that synagogues must be closed, too. I expect all citizens to realize this and not feel above the law, or more privileged than others.”

There is, however, one group that found creative ways to demonstrate while still adhering to government directives: the nonprofit organization Darkenu. Darkenu, which means "Our way," is a civil political movement with more than 300,000 supporters and views itself as “the moderate majority movement.” On Sept. 26 the group organized a virtual demonstration against the prime minister and the coronavirus crisis (Disclosure: I was the moderator). The rally was very successful: Over 700,000 people viewed it on Facebook alone, and it was aired on Twitter and YouTube as well.

Darkenu CEO Yaya Fink told Al-Monitor, “The 700,000 viewers of the virtual protest that we organized last week is additional proof that the moderate majority is not willing to swallow the failed way in which the coronavirus crisis is being managed, and the incessant blows to democracy. Israeli democracy must be strong even on the day after the coronavirus. If the criminal defendant [Netanyahu] prevents us from demonstrating in Balfour [Netanyahu’s Jerusalem residence], then we’ll find other, creative ways to make our voices heard.”

This was not the first time that Darkenu organized a virtual demonstration; a similar rally took place in March during Israel’s first lockdown, under journalist Lucy Aharish, and it was viewed by more than half a million people. However, Aharish lost her job appartenly due to her participation: She was fired by Israel’s public broadcasting corporation.

What are the next steps to be taken by the protest movement following the new regulations? Shany Granot, Darkenu's vice president of field operations, said, “Every night, opposite the prime minister’s Balfour home, we will project on screen the total number of coronavirus victims together with the number of new deaths, those added in the last 24 hours. In the filming we will call for the establishment of a state commission of inquiry to examine the coronavirus crisis in Israel. In addition, we will create a computer interface in which people can feed in their addresses, in order to enable us to tell them about demonstrations and protests taking place within a kilometer from their homes — in accordance with the law.”

The last time a poster listing numbers of victims was hung opposite the prime minister’s residence was in the 1980s. The prime minister at the time was Menachem Begin, the first Lebanon War was in progress, and demonstrators kept a large, public list of Israeli victims of that war that was continually updated. Ultimately, Begin resigned. He never gave the reason for that. Still, Begin noted his unforgettable sentence, “I cannot go on any longer.” Will Netanyahu come to the same conclusion? Time will tell. 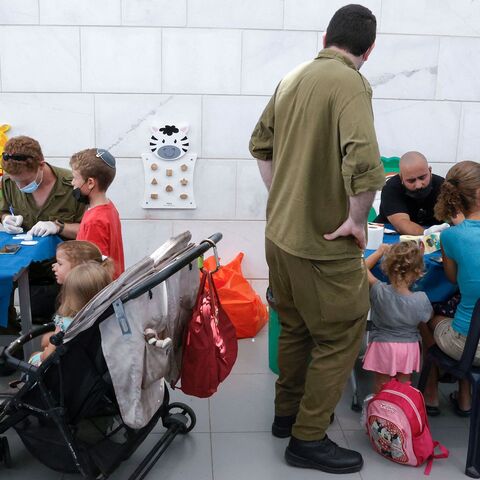