A new UN-funded cultural project has been launched in the Ahwar of Southern Iraq to save the inhabitants of the marshlands from poverty. 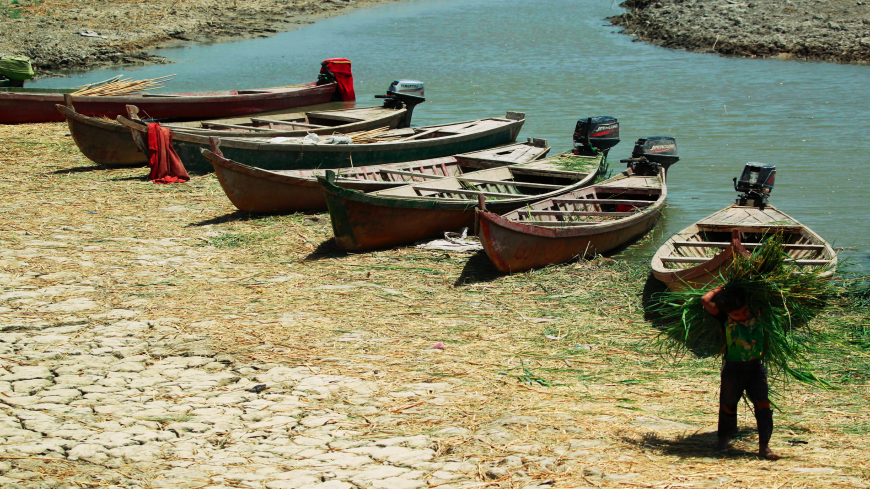 An Iraqi man walks past canoes sitting on dry, cracked earth in the Chibayish marshes near the southern Iraqi city of Nasiriyah on June 25, 2015. - HAIDAR HAMDANI/AFP via Getty Images

The Ahwar are marshlands made up of bodies of water located in southern Iraq and are divided into three main sections: the Hawizeh Marshes, the Hammar Marshes and the Central Marshes, whose water areas change from year to year according to the amount of water coming in from the Tigris and Euphrates rivers. For over 5,000 years, Ahwar inhabitants have relied on the marshes for fishing, hunting birds and ducks, cultivating rice and raising animals.

The head of the EU mission in Iraq, Martin Hath, said on Aug. 26, “Launching the Sumerian project represents the EU’s approach to support Iraq by merging sustainable economic and social development with preserving the environment.”

On July 17, 2016, UNESCO’s World Heritage Committee agreed to place the Ahwar on its World Heritage List as an international nature reserve, on the condition that excesses be removed, the return of indigenous people be facilitated and tourism development is achieved. However, these conditions are yet to be met and the population still suffers from poverty and the lack of job opportunities, which forced them to sell their buffalo at low prices, as they are unable to sell the milk. Raising these animals has become even harder amid the COVID-19 pandemic.

The Ahwar inhabitants have been suffering for quite some time now. Their living conditions have been deteriorating since the 1990s, back when the Saddam Hussein regime resorted to draining the marshes to expel armed opponents and coinciding with the 1980-1988 Iran-Iraq War.

Even after the war ended, the population continued to endure. On March 17, 2019, the supreme executive committee of the marshlands and antiquities dossier in Dhi Qar revealed that 44 villages and dozens of schools and health clinics in the Central Marshes had ceased to exist.

UPP hopes the Sumerian project will "contribute to reducing the population’s misery,” Raed Mikhael, country director at UPP, told Al-Monitor. “The first objective is to empower youth and women with work and experience.”

He added, “The project aims to rehabilitate the area as a tourist destination by developing infrastructure, providing vocational training for residents in the field of ecotourism, preserving the environment as well as providing job opportunities.”

He added, “An ecological village in Chibayish will be established along with tour stations for visitors, a factory for traditional boats, and handicrafts and hand-made souvenirs; cultural and artistic heritage events will be held.”

Mikhael continued, “I hope the project will provide facilities for tourism that attract visitors, which will generate revenues for the residents and thus enable them in the future to work independently without having to wait for external help.”

Parliament member Samia al-Ghalab, head of the Culture, Tourism and Antiquities Committee, told Al-Monitor, “The committee supports any project that helps the development of the area and boosts the chances of keeping it on the World Heritage List,” stressing that “the executive bodies of any project must meet the conditions and requirements of UNESCO and be able to enhance the purification of the water of the Tigris and Euphrates rivers, because the estuaries of the two rivers feed the Ahwar.”

She added, “No amount of money from the sums allocated to the Ahwar has been spent for over two years due to the austerity measures announced by the previous government, which makes us enthusiastic about any external financing, through projects that encourage tourism and the development of the environment in the country. Iraq is still suffering from the lack of revenues provided by the tourism sector, which does not match the size of the various components and qualifications that Iraq has to offer.”

Ghalab called for “extensive plans and strategies to deal with maximizing revenues from tourist attractions and tourism activities and to enforce Cabinet Res. No. 100 regarding activating the tourism situation.”

Meanwhile, parliament member Ali al-Badiri, a member of the Committee on Agriculture, Water and Marshlands, told Al-Monitor, “Some entities are attempting to sabotage any investment in the Ahwar." He warned against “the Sumerian project facing the same fate if those parties are not stopped.” Although he did not name any party in particular, Badiri referred to influential political and armed forces, noting, “If this project succeeds, it will be a light at the end of the tunnel for the population amid the unemployment and lack of income.”

He added, “A project parallel with the Sumerian is underway in Hawr al-Dalmaj, and it has reached advanced stages. The integration of the two projects will revive the marshlands in Diwaniyah, Wasit, Nasiriyah, Amarah and Basra, where aquatic life is disrupted, while the state is completely absent.”

Badiri hopes the Sumerian project could “expand its activities toward the fisheries and buffalo-breeding sector since the government has failed to come up with a strategy to develop the marshes for over four decades now.”

While the rivers are drying up and the population migrates as a result of the harsh living conditions and the lack of job opportunities amid poor health and social care and no infrastructure, the Ahwar faces an imminent existential risk that calls for international cooperation — not just local cooperation — to save this rare water environment in the Middle East.