Yemen's ongoing civil war, cholera and coronavirus outbreak and a lack of paychecks have failed to deter intrepid educators from opening school doors this week. 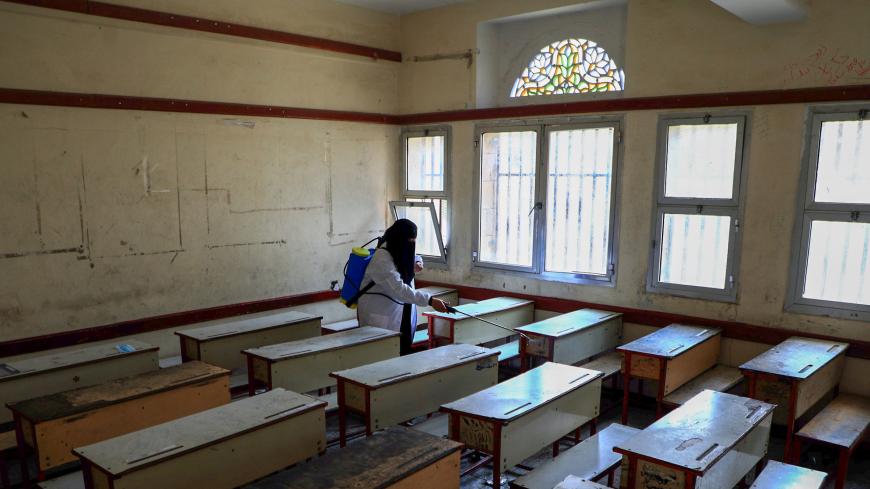 A Yemeni health worker sterilizes a classroom in a school amid the COVID-19 pandemic in the capital Sanaa, on Aug. 29, 2020, ahead of the new school year starting in early September. - MOHAMMED HUWAIS/AFP via Getty Images

It’s been almost six years since Thekra Al-Ghaffari has received a paycheck. As a vice principal at a secondary school in Yemen’s Houthi-controlled capital of Sanaa, Ghaffari is working to keep the school doors open despite enormous challenges.

Since the country’s civil war broke out in 2015, the school’s enrollment has dropped by 50%, Ghaffari said, and nearly 40% of teachers have left, as staff members have not been paid. A cholera outbreak in 2016 added to the pressure for teachers and students to stay home.

Now, the global coronavirus pandemic is further dwindling their numbers. The new school year begins on Saturday amid an ongoing civil war and global pandemic. Ghaffari expects enrollment and teaching staff to drop even further.

But many educators like Ghaffari, who has two children of her own, continue to return to their classrooms despite not being paid.

“We believe that those students, if they don’t have their education, our children won’t have their education too, so we have to help each other,” she said. “I believe that I’m also responsible for the other kids. I think that they’re all my children. If I don’t go and my principal doesn’t go and other teachers won’t go, who’s going to open the school? This is my challenge.”