The large blast took place in an uninhabited area in Zarqa near the capital, Amman; no injuries were reported. 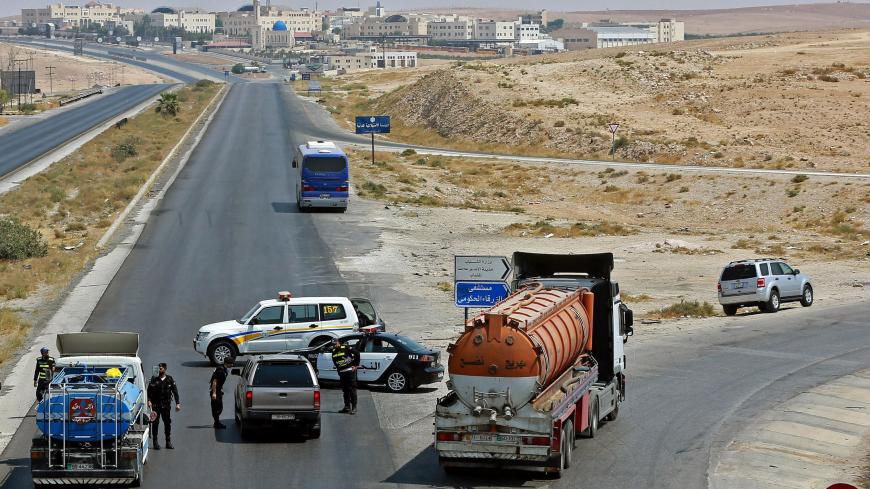 Jordanian police and army close off the area surrounding the site of an explosion at a military munitions depot in the city of Zarqa, 25 kilometers (15 miles) east of the capital, Amman, on Sept. 11, 2020. No injuries were reported in the early morning blast. - KHALIL MAZRAAWI/AFP via Getty Images

The military site where an explosion occurred in Jordan early Friday is now clear of danger, according to the Jordanian army. The large blast was reportedly caused by high temperatures in the country.

Authorities said the explosion at a military facility in Zarqa, a city near the capital, Amman, caused no injuries. Footage obtained obtained by the Jordanian news outlet Khaberni shows a massive, orange blast shooting up into the sky.

There are no more explosives at risk of going off following an inspection by the army, the state-run Al-Mamlaka news outlet reported, citing Brig. Gen. Talal al-Ghobain.

The explosion took place in an old ammunition depot that is no longer in use, a military source told Al-Mamlaka. The area is uninhabited. The Associated Press reported that unusable mortar shells were stored there.

Reuters reported that there were several loud explosions and that the army later concluded that the intense heat caused the incident. Temperatures reached 107 degrees Fahrenheit (nearly 42 Celsius) in Jordan on Thursday, according to AccuWeather.

Ammunition explosions are not uncommon in the Middle East during the hot summer months. There have been several such incidents in neighboring Iraq in recent years.