Access to Asi River turned into left-right battleground in Israel

A tweet by Yair Netanyahu turned a battle over accessing the Asi River into a political war between right and left, Ashkenazi and Mizrahi. 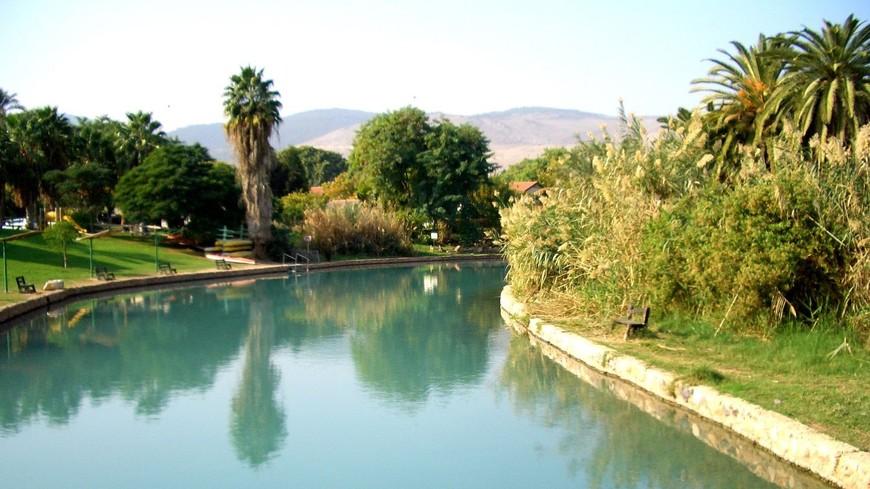 On July 27, Prime Minister Benjamin Netanyahu’s son Yair released an inflammatory tweet attacking the country’s kibbutzim: “To those damn communists, who stole the country’s land at the expense of the development towns: Release the Asi River to the people of Beit Shean, before you start preaching!”

As usual, his tweet set off a media storm. Yair Netanyahu was angry that the kibbutz movement has been playing an active role in organizing the demonstrations against his father outside the prime minister’s official residence on Balfour Street. These demonstrations calling for Netanyahu’s resignation were already gathering momentum and receiving extensive media coverage.

But not everyone knew what he was talking about. What is the Asi River? Anyone who did not know the whole story was suddenly exposed to one of the most fascinating social struggles to take place in Israel over the last five years. Then again, the struggle received little public attention up until this tweet.

The Asi River is a beautiful waterway that meanders through Kibbutz Nir David in northeast Israel. Five years ago, a group of social activists from the adjacent town of Beit Shean launched a campaign to allow all Israelis to enjoy the river. They began by filing suit with the Beit Shean Civil Court, claiming the kibbutz was denying public access to the river. As citizens of the State of Israel, they wanted to take advantage of their natural right to enjoy this rare natural resource, but the kibbutz refused them access, telling them it was private property. The activists dismissed this claim, saying the river itself and the roads leading to it are public, not private, property.

It is no coincidence that the people of Beit Shean launched the river access campaign. The town has been part of a larger struggle to achieve the just distribution of lands in the country. Beit Shean was founded in the 1950s and populated by North African immigrants. Its residents are often called "the second Israel,” a term used to describe disadvantaged groups who were mistreated by government authorities in the early years of statehood in order to perpetuate socioeconomic gaps between them and the powerful old elites. The kibbutzim, who held socialist values in the highest regard, were considered to be part of those elites, who generally came from European backgrounds (Ashkenazi).

For years, the case over the river was limited to the courtroom and received little media attention. Then court rulings found there were grounds for a compromise that would allow all Israelis to enjoy the river and its well-tended grounds. Even the residents of the kibbutz realized they would not be able to avoid change. They therefore spent the last few months reaching a compromise with the Beit Shean municipality in which 150 meters (nearly 400 feet) of the river, in an area with no houses, would be opened to the public. But that was not enough for the leaders of the campaign. They demanded public access to the entire river.

Negotiations blew up during one of the most turbulent periods in Israeli history, both socially and politically. Prime Minister Netanyahu was standing trial for bribery. This saw a clash between his many supporters — who claimed he was being persecuted by the old left-wing elites who still hold key positions in the legal system —  and Netanyahu’s opponents, who continue to demonstrate and call for his resignation, despite the raging coronavirus. Inevitably, the kibbutz movement identifies with the latter group.

And the river? The beautiful turquoise waterway flows between the homes of the kibbutz, giving the sense that this is some pastoral European village. Now, however, it also lies at the heart of a bitter political debate, inflamed even further by social networks.

What is interesting is that until Yair Netanyahu brought up the matter of the Asi River on his Twitter account, the debate over its future was not identified with the Likud party or the right. That one tweet was able to alter the public debate for the benefit of his father’s campaign for political survival. The younger Netanyahu did this cleverly. The fight over the Asi River is no longer just a struggle between two competing social groups. Now it is also a fight over the prime minister’s future.

Ever since Yair Netanyahu’s tweet, demonstrations outside the kibbutz have become much more aggressive. They also have more people than they did in the past, because Likud supporters joined the fray.

It is worth noting that the kibbutz was first founded in 1936, 12 years before Israel gained its independence. Now, its members feel targeted, so they lock themselves in their homes. Nir David once earned income from its pleasant vacation cabins and watersports areas. It was a veritable paradise in the Beit Shean Valley. Now it has shut its factories and even its gates. Its residents feel like they are living in a nightmare. They have been targeted, or as they say, they feel like they are being persecuted due to claims of discrimination, which should no longer have a place in Israel in 2020.

While demonstrations against Netanyahu were taking place across the country, some 30 Asi River protesters showed up at the gates of the kibbutz the night of Sept. 5 and broke in, equipped with tents and sleeping bags. The kibbutz complained to police that the protesters were trespassing. Photographs of the incident were released through the press, and since, the struggle has intensified, with Kibbutz Nir David hiring media consultants specializing in crisis management. Kibbutz officials realize this is no longer just some legal battle. They are targets of a full-fledged public campaign.

The fight over the Asi River has even reached the Knesset’s Committee on the Environment. On Aug. 18, it heard from both parties and discussed recent developments. Among the participants in the meeting was Erez Kaminitz, deputy attorney general for civil law. He said this case is particularly difficult to resolve since it involves a clash between public needs and private property. Nevertheless, he contended that the public should be provided access to the river, and that the open areas should be made accessible to the public. It is public property, he said, but in this case, public needs fall within the rubric of private property.

So far, there is no end in sight to this problem. On Sept. 1, the ultra-Orthodox-Mizrahi Shas party petitioned the Nazareth District Court to grant public access to the river immediately. Since Shas is a party closely identified with the religious Mizrahi community, its entry into the fray does not bode well for Kibbutz Nir David, or for other kibbutzim with natural resources, such as lakeside kibbutzim along the Sea of Galilee or kibbutzim that lie along the coast.

There can be no doubt that the Balfour Street protests politicized the fight over the Asi River and brought it into the spotlight. It is not at all sure that this serves the interests of the kibbutz.