In a strongly worded speech, Iran’s supreme leader attacked the UAE government for normalizing ties with Israel, a move he slammed as “treason” against the Islamic world. 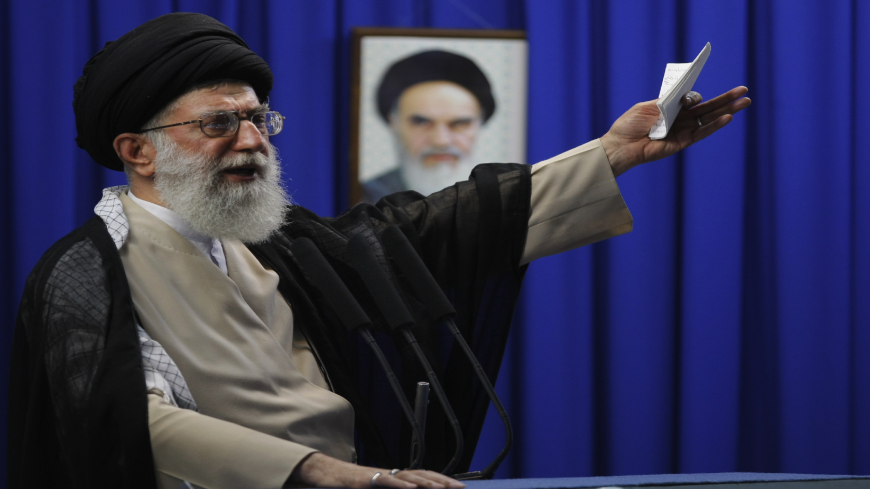 Iran’s Supreme Leader Ayatollah Ali Khamenei unleashed a barrage of sharp criticism against the Emirati government over its normalizing relations with Israel, saying, “The UAE committed treason against the Islamic world, the regional nations and Palestine.” Khamenei expressed confidence that the agreement itself “will not last long” but will stay forever as “a mark of disgrace” for Emirati authorities.

The stinging rebuke was the Iranian supreme leader’s first public reaction to the agreement, which calls on Tel Aviv to halt its controversial annexation of large swaths of territory in the West Bank, allowing for Emirati-Israeli cooperation in multiple economic and security arenas. The American-brokered deal made the UAE the third Arab country, after Egypt and Jordan, to enter formal relations with the Jewish state. The Emirati government’s decision has already drawn the ire of several Palestinian groups and Muslim states, including Turkey, which criticized it as “unforgivable” and “hypocritical.”

Khamenei’s speech, which was delivered as a virtual address to Education Ministry managers, appeared also as a warning to other Arab nations not to follow suit. He noted that the deal will pave the way for Israeli influence in the region and is meant to “throw into oblivion the Palestinian question,” which is about “a country being usurped” by Israel.

But that’s not where the criticism ended. The Islamic Republic’s leader took aim at the United States for facilitating the agreement. He made a pejorative reference to Jared Kushner — the son-in-law of US President Donald Trump — known for his close ties with Israeli officials. According to Khamenei, the UAE decided to cooperate with Israel and “dirty elements in the United States, including the Jew in the Trump family … who all act against the interests of the Islamic world.” Khamenei, however, expressed hope that “Emirati officials will soon wake up and make up for what they have done.”

The UAE-Israeli deal has by and large shattered growing hopes in Tehran for de-escalation with Abu Dhabi. Over the years, ties between the two countries have been significantly downgraded by the war in Yemen, where the UAE was an ally of Saudi Arabia fighting Tehran-backed Shiite Houthi fighters. The tensions only exacerbated last year after alleged Iranian involvement in explosions targeting Emirati boats in the Persian Gulf. However, coronavirus-related shared concerns and particularly the UAE’s delivery of medical assistance to help Tehran fight the pandemic had revived expectations about a gradual easing of tensions on the horizon.

Nonetheless, from the Islamic Republic’s perspective, Abu Dhabi’s rapprochement with Tel Aviv is translated into a serious questioning of the key Iranian foreign policy tenet of refusal to recognize Israel. Iran has repeatedly claimed that what it seeks for Palestine is an independent state whose future should be decided through a referendum. To this end, destruction of Israel has also been raised every now and then as an ultimate goal. But Iranian officials, including Khamenei himself, have scrambled to deflect allegations of anti-Semitism, saying, “Tehran is not after the annihilation of the Jews.”

Yet back in 2005, hard-line President Mahmoud Ahmadinejad called for Israel to be “wiped off the map,” an inflammatory comment that drew unprecedented backlash and placed other Iranian officials in an awkward position, where they continue to dissect, correct or sugarcoat it.