DP World is partnering with Israeli companies to establish a trade route between Dubai and Eilat and to bid on the strategic Port of Haifa. 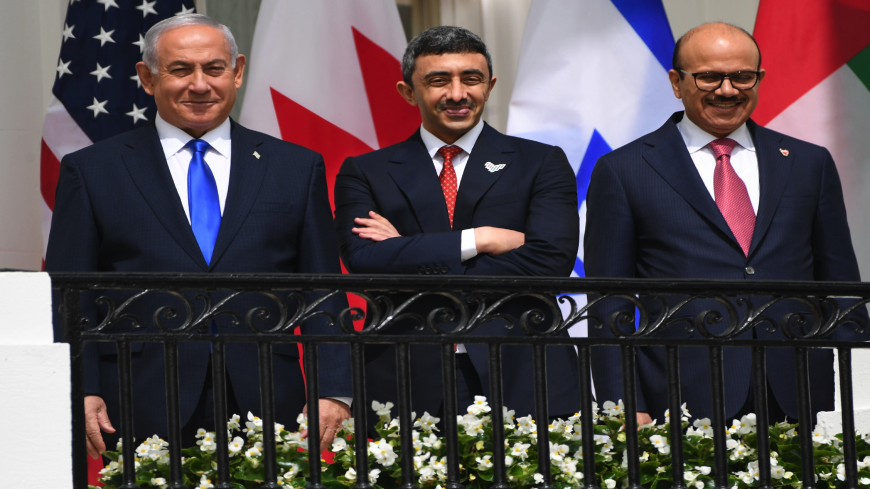 Israeli Prime Minister Benjamin Netanyahu, UAE Foreign Minister Abdullah bin Zayed Al-Nahyan and Bahrain Foreign Minister Abdullatif al-Zayani pose before they participate in the signing of the Abraham Accords where the countries of Bahrain and the United Arab Emirates recognize Israel, on the South Lawn of the White House in Washington, DC, Sept. 15, 2020. - SAUL LOEB/AFP via Getty Images

A multinational logistics company in the United Arab Emirates said it is working on establishing trade ties between the Gulf state and Israel.

DP World, based in Dubai, said it signed memorandums of understanding with the Israeli company DoverTower. The firm’s chairman and CEO said direct trade between Israel and the UAE will help economic activity in the Middle East.

“DP World's mission is to enable global trade — our work to build trade routes between the UAE, Israel and beyond will help our customers to do business in the region more easily and efficiently,” Sultan Ahmed bin Sulayem said in a press release.

On Tuesday, the UAE and Israel officially agreed to establish full relations during a White House ceremony. Bahrain also did the same. The move paved the way for the UAE and Israel, whose relations have been improving for years, to formally build economic ties.

The memorandums signed by DP World and DoverTower specify that DP World will assess the possibility of a direct trading route between Eilat on Israel’s Red Sea coast and Jebel Ali in Dubai. Shlomi Fogel, the owner of DoverTower, is also co-owner of the Port of Eilat. Such memorandums are not legally binding but are a way of formally declaring intentions.

DP World further said that it will set up a joint venture with the shipbuilding company Israel Shipyards Ltd. Together, the two will then make a bid for the soon-to-be privatized Port of Haifa in northern Israel, according to the press release.

Haifa is an area of strategic international significance. In 2021, the Chinese company Shanghai International Port Group Co. will build a new port in the city. The Israeli government owns the older Port of Haifa and is now looking to privatize it, the finance news outlet Bloomberg reported.

The United States, Israel’s biggest ally, is vocally opposed to the Jewish state’s economic ties with China. The US Navy has a presence in Haifa and has said it will reconsider the location once the Chinese port comes to fruition.

Dubai’s customs authorities will also work to facilitate trade between Israeli and Emirati companies, among other initiatives to enhance Israel-UAE ties, according to DP World.

China in the Mideast
Israeli-Gulf relations