The old city of Sanaa is home to more than 100 mosques and over 6,000 houses built before the 11th century. 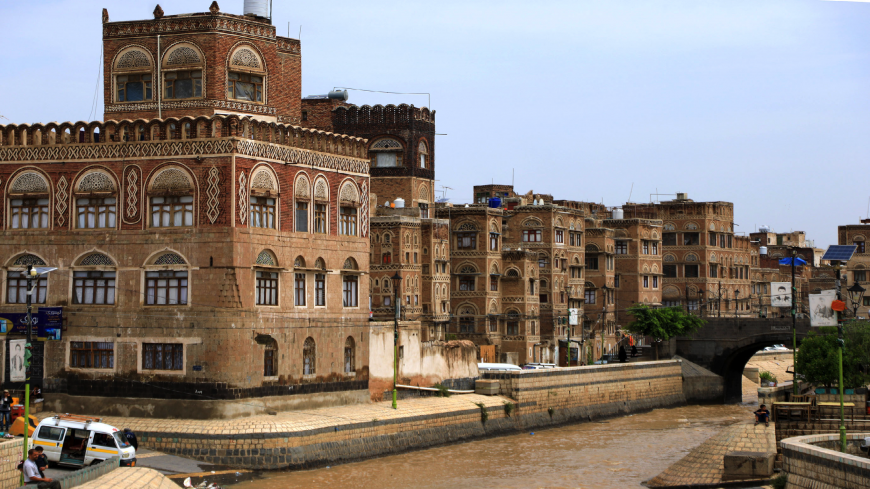 A picture taken on Aug. 5, 2020, shows the facade of some of the UNESCO-listed buildings in the old city of the Yemeni capital Sanaa following heavy rains. - Photo by MOHAMMED HUWAIS/AFP via Getty Images

Yemen’s Houthi rebels are appealing for help as heavy seasonal rains and deadly floods put centuries-old buildings in jeopardy in the Old City of Sanaa, some of which have already collapsed.

“We send a distress call to the whole world and international organizations, particularly the UNESCO and other world heritage centers, to save the ancient city of Sanaa,” the Iran-aligned Houthis said in a statement.

UNESCO, the United Nations’ cultural body, added the Old City to its list of World Heritage sites in 1986 for its 103 mosques, 14 hammans and more than 6,000 houses dating back to before the 11th century. The Old City, which has been inhabited for more than 2,500 years, is also on UNESCO’s list of sites in danger, along with Yemen’s Old Walled City of Shibam and the Historic Town of Zabid.

The Houthis seized the capital Sanaa from the government in 2014 and now control much of the country's north. Muammar Al-Eryani, the information minister in Yemen’s internationally recognized government, blamed the rebels for failing to restore and maintain the historic buildings. He also issued an urgent appeal calling on UNESCO to intervene.

Mohamed Jumaih, Yemen's permanent representative to UNESCO, urged the agency to use the World Heritage's emergency fund to provide immediate assistance, according to state news agency Saba. Jumaih said the heavy rains “have affected most of the country's human heritage sites, not only the sites registered on the UNESCO World Heritage list.”

More than five years of war between the Houthi rebels and a military coalition led by Saudi Arabia has created what the UN calls the world’s worst humanitarian crisis. Roughly 80% of the population — some 24 million people — requires some form of humanitarian assistance.

The flooding has compounded their suffering, according to the International Committee of the Red Cross, which last month helped 130,000 Yemenis who lost homes, businesses and belongings in the floods. More than 130 have died in the heavy rains since mid-July, Houthi authorities say.

Aid agencies also fear the spread of extremely contagious diseases like cholera, which is typically transmitted by drinking contaminated food or water. According to global aid charity Oxfam, an estimated 1.3 million people in Yemen are suffering from cholera or acute watery diarrhea.