An inspector general's report redacted by the State Department says that while the department found ways to legally bypass congressional restrictions on arms sales to Saudi Arabia, measures that Congress had called for were not taken. 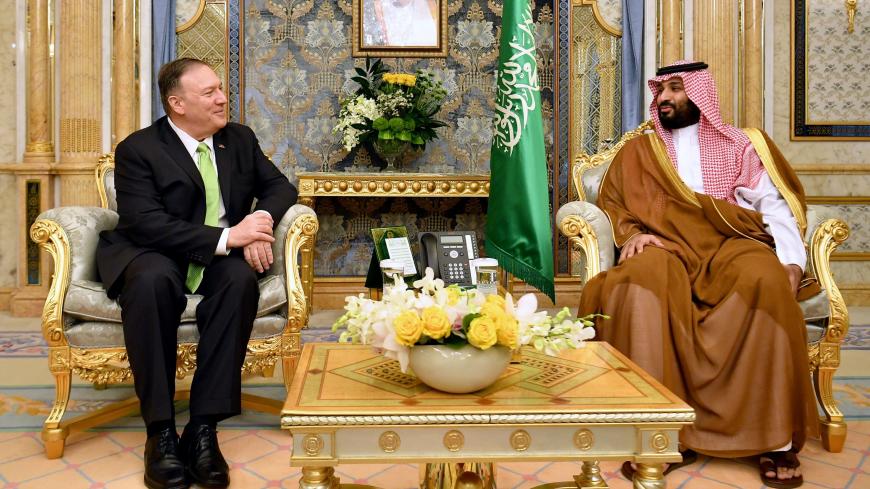 The US State Department found at least two ways to skirt Congress’ freeze on $8.1 billion in arms sales to Saudi Arabia and the United Arab Emirates, both of them legal, according to an inquiry report released just days after the department’s inspector general resigned.

The State Department inspector general report submitted Monday says Secretary of State Mike Pompeo acted in accordance with US law when he issued an “emergency” certification in May 2019 to bypass Congress’ order to halt controversial arms sales to Saudi Arabia and the United Arab Emirates. A redacted, unclassified version of the report was released today.

Lawmakers from both parties ordered a hold on arms transfers in response to the Saudi-led coalition’s repeated bombing of civilians in Yemen’s civil war. Some in Congress further justified the freeze after the Saudi government was implicated in brutally murdering Washington Post columnist and US resident Jamal Khashoggi.

Pompeo cited threats to US partners in the Gulf by Iran when he issued the emergency exception in May 2019. This week's report did not assess whether Iran’s activities justified Pompeo’s use of the emergency option, noting that the law does not define “emergency.”

The report also found the State Department continued selling some of the same weapons components, including precision-guided munitions, to Saudi Arabia and the UAE in smaller amounts, under the cost threshold that would legally obligate the department to notify Congress.

It furthermore concluded the State Department did not implement measures “to reduce civilian casualties and legal concerns” that had arisen from the potential sale of the weapons.

A senior State Department official on Monday night sought to get ahead of the report’s release, hosting an anonymous briefing call with reporters to highlight Pompeo’s vindication.

“The department did its job,” the official said. “The office of the inspector general determined that the secretary used his authorities in accordance with the law.”

A press release by the State Department on Monday night hailed the report but made no mention of the criticisms included in it.

The timing of the briefing prompted rebuke from House Foreign Affairs Committee Chairman Eliot Engel, D-N.Y., who described the call as an “obvious pre-spin of the findings” which he said “reeks of an attempt to distract and mislead.”

Engel’s statement outed the anonymous official on the call, naming him as R. Clarke Cooper, the State Department’s assistant secretary for political-military affairs.

The release of the inquiry report came a week after State Department Inspector General Stephen J. Akard resigned his position.

Akard, who was appointed by President Donald Trump in May after the president fired his predecessor Steve Linick, had recused himself from the inquiry, which was released under the department’s deputy inspector general, Diana Shaw.

Trump said he fired Linick at Pompeo’s request. Linick’s office at the time was investigating whether Pompeo had acted legally in issuing the emergency certification, and was also separately looking into allegations that Pompeo and his wife, Susan, had inappropriately used taxpayer dollars by instructing paid staffers to run household errands.

Pompeo later described Linick as a “bad actor” who was “undermining” the work of the State Department.

Pompeo also accused Linick of leaking an inquiry into the State Department’s former head of Iran policy, Brian Hook, after his office reassigned a staffer of Iranian familial background after the Conservative Review ran an article questioning her loyalty to the administration.

The secretary refused interview requests by Linick as part of the inspector general’s inquiry, submitting a written statement instead in February and citing his busy travel schedule.

Linick told Congress in June that Mike Bulatao, a senior department official close to Pompeo, had "tried to bully” him into halting his investigation.

The redactions in this week's report were made at the State Department’s request.

According to the report, the department asked that the document’s classified annex be withheld from Congress, citing “executive branch confidentiality interests, including executive privilege.”

The inspector general report notes that a version of the classified annex will be given to Congress after it is redacted by the State Department.

US government policy forbids the State Department to transfer weapons to foreign governments in cases when the United States is aware they will be used to deliberately harm civilians.

After Pompeo issued the emergency certification last year, Congress attempted to halt the sales with three separate bills, all of which were vetoed by Trump.

The New York Times reported in June that the Trump administration was exploring whether it could end requirements that Congress approve foreign arms sales.

The inspector general report is not the final word on the controversy around the Saudi arms deals. Congressional committees have also been looking into whether Pompeo violated the law in issuing the emergency declaration, and whether Pompeo requested that Trump fire Linick.

Cooper did not answer a reporter’s question whether State Department officials subpoenaed by Congress would cooperate with the orders.

In May, it was reported that the administration was pushing ahead anyway with new arms sales to Saudi Arabia, despite the investigation.