The International Monetary Fund, which began talks with Lebanon in May, called for critical economic reforms in the aftermath of the Beirut blast. 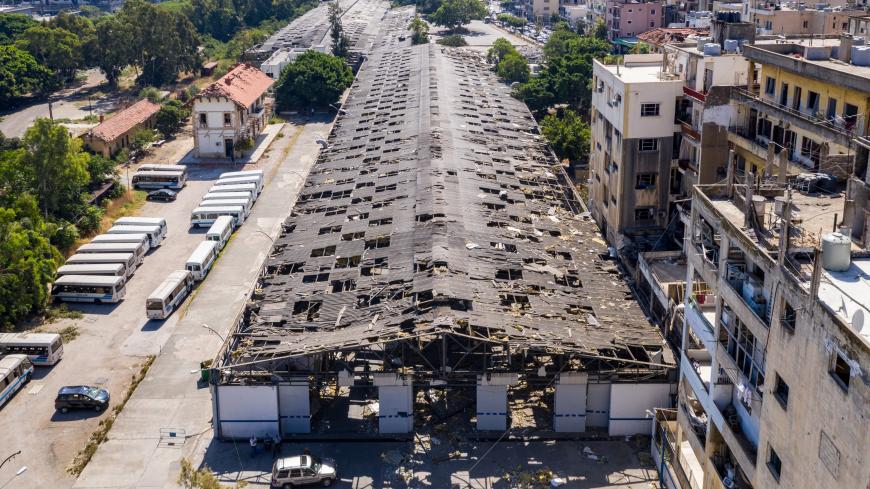 An aerial photo taken Aug. 7, 2020, shows a building at the Mar Mikhael train station that was heavily damaged in the Aug. 4 blast in Beirut, Lebanon. The International Monetary may help provide some money that Lebanon will need to rebuild its capital. - Haytham Al Achkar/Getty Images

“The IMF is exploring all possible ways to support the people of Lebanon,” IMF Managing Director Kristalina Georgieva said in a statement. “It is essential to overcome the impasse in the discussions on critical reforms and put in place a meaningful program to turn around the economy and build accountability and trust in the future of the country.”

The small Mediterranean country defaulted on its sovereign debt for the first time in its history in March, and in May entered into talks with the IMF on a government recovery plan. But to unlock the initial billions in aid, lenders have demanded a series of painful economic and anti-corruption reforms.

The United States and some other foreign donors have accused Hezbollah of obstructing attempts at government reform. The Shiite political faction holds sway in Lebanon’s government and parliament, but is also deemed a terrorist organization by Washington for its militant activities.

The Beirut explosion, which left hundreds of thousands homeless and caused billions of dollars in damage, came as Lebanon was already dealing with its worst economic crisis since the 1975-1990 civil war.

Amid soaring inflation and widespread unemployment, the Lebanese pound has lost nearly 80% of its value since October. The World Bank predicted in November that 50% of people could slip below the poverty line if the situation worsened.