Kushner: US won’t sign off on West Bank annexation 'for some time'

Top US presidential adviser Jared Kushner has said the focus will be implementing the agreement reached last week between Israel and United Arab Emirates. 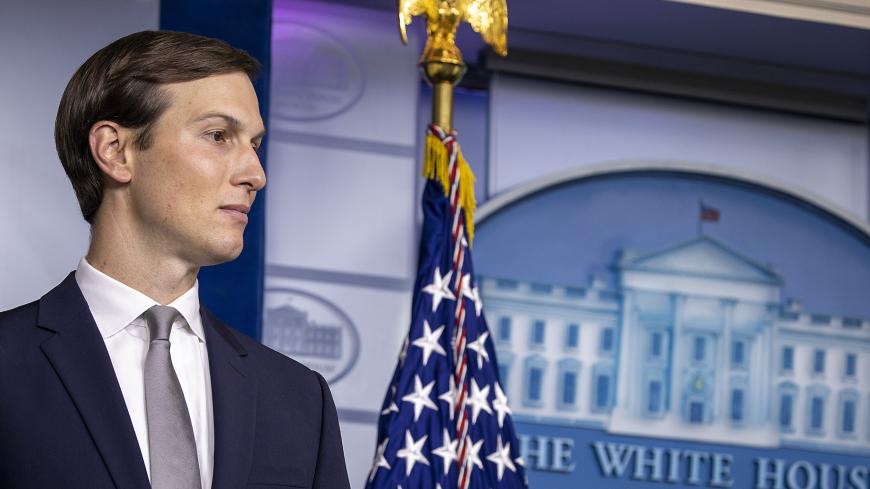 The United States will not sign off on Israeli annexations in the West Bank "for some time," White House adviser Jared Kushner said Tuesday, adding that the priority will be implementing the agreement reached last week between Israel and the United Arab Emirates.

“Israel has agreed with us that they will not move forward without our consent. We do not plan to give our consent for some time,” the president’s son-in-law told reporters in a phone call, according to Reuters.

“Right now the focus has to be on, you know, getting this new peace agreement implemented,” Kushner said.

The new UAE-Israel deal, which was brokered by the Donald Trump administration, called for the Jewish state to hold off on declaring sovereignty over parts of the West Bank that Palestinians claim for a future state.

In exchange, the UAE and Israel have agreed to a “full normalization of relations,” including cooperation on investment, tourism and direct flights, as well as establishing reciprocal embassies in each other’s countries.

The deal came less than a year after Trump rolled out his so-called “deal of the century,” which Kushner helped craft, aimed at securing peace between Israel and the Palestinians. The plan called for a two-state solution, but also gave Israel the green light to extend its sovereignty over much of the West Bank.

During his news conference following the surprise announcement last week, Trump said Israel’s annexation ambitions were now "more than just off the table — they've agreed not to do it, and I think that was very important."

But faced with pushback from right-wing politicians and settlers, Prime Minister Benjamin Netanyahu has portrayed the deal as only temporarily suspending his annexation. Hours after the agreement was announced, the Israeli leader said he is still "committed to annexing parts of the West Bank" and that applying sovereignty “has not been removed from the agenda.”

The Arab Gulf country has sought to paint the agreement as a win for the Palestinian cause, but many Palestinians view the deal as a betrayal by the UAE.

Palestinian President Mahmoud Abbas called the move shameful and said he “will not accept using the Palestinian cause as an excuse for normalization of relations or for any other reason."