The two Emirati airlines are offering regular flights around the world but have struggled with revenue losses, route cancelations and job cuts amid the coronavirus pandemic. 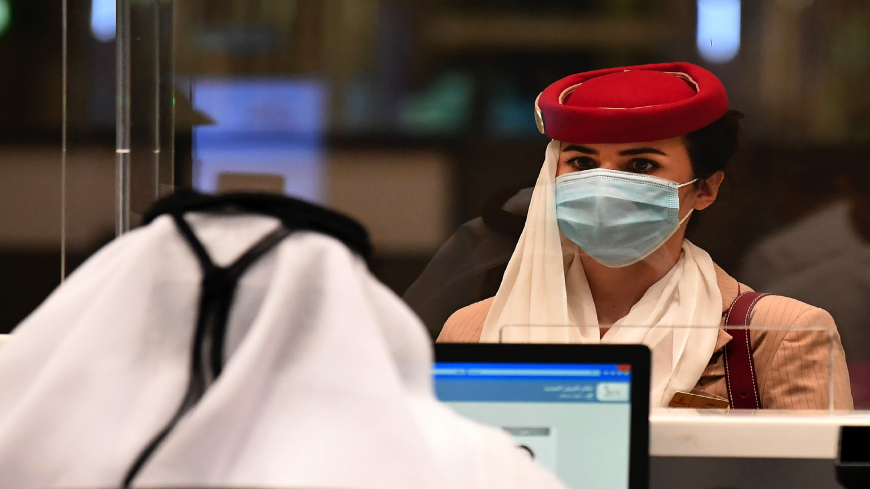 A stewardess of an Emirates Airlines flight from London arrives at Dubai International Airport on May 8, 2020, amid the coronavirus pandemic. - Photo by KARIM SAHIB/AFP via Getty Images

Two prominent Gulf airlines are encouraging their employees to take unpaid leave as the airlines continue to grapple with the crisis in global travel.

Both airlines in the United Arab Emirates (UAE) are flying regularly around the world during the ongoing coronavirus pandemic. They have both experienced setbacks related to the coronavirus at the same time.

Emirates also offered pilots and flight attendants unpaid leave in July. In June, the airline cut hundreds of pilot and cabin crew jobs. Also in June, Emirates temporarily suspended flights to Pakistan after virus cases were detected among passengers. By September, Emirates will be flying to 75 destinations on all continents.

Etihad offered employees leave in March and cut hundreds of jobs in May. In August, Etihad released its second-quarter figures that showed massive decreases in passenger flights and revenues. Also this month, the carrier canceled some flights to and from Shanghai after positive COVID-19 tests. Etihad is currently flying to about half of its pre-crisis destinations.

All passengers flying to the UAE, whether they are entering or transiting, must provide a negative COVID-19 test result.

Parts of the country are open for tourism now. In July, Dubai began welcoming visitors with health restrictions in place.