A ban on travel between the governorates and an 11-hour curfew will run from July 25 through Aug. 8. 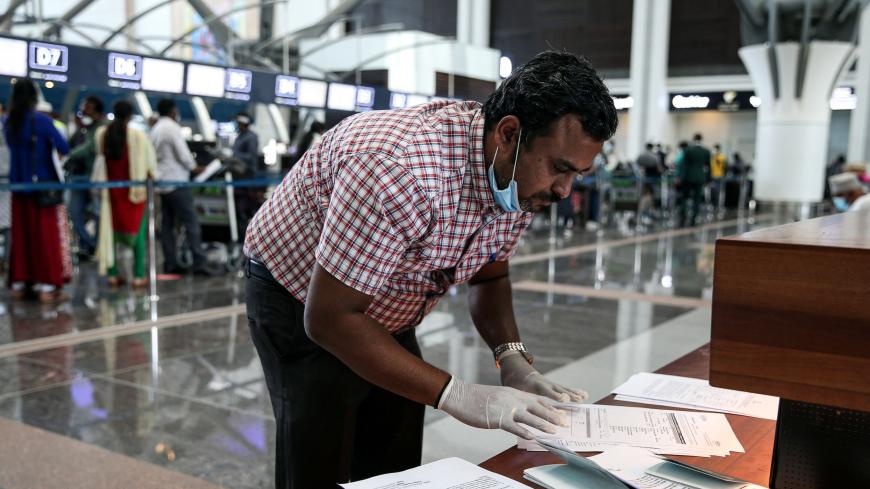 A man wearing latex gloves and a mask, due to the COVID-19 coronavirus pandemic, checks airline tickets and travel documents while behind him Indian nationals residing in Oman queue with their luggage at the check-in counter at a terminal in Muscat International Airport ahead of their repatriation flight from the Omani capital, on May 12, 2020. - MOHAMMED MAHJOUB/AFP via Getty Images

Beginning this Saturday, Oman will impose a two-week nationwide lockdown amid an uptick in COVID-19 cases, state media outlets reported.

The ban on travel between governorates will run from July 25 through August 8, the country’s coronavirus task force said in a statement. Oman is also mandating a daily curfew from 7p.m. to 6 a.m., during which shops and other public spaces will be closed. All other kinds of public gatherings, including collective Eid prayers and traditional Eid markets, remain closed.

The new restrictions overlap with Eid Al Adha, a Muslim holiday at the end of the month commemorating the Prophet Ibrahim’s willingness to sacrifice his son to Allah. The holiday is celebrated by slaughtering sheep, goats and other domestic animals.

The sultanate of some 4.7 million people confirmed more 487 new coronavirus cases on Tuesday. The total number of infections in Oman has now surpassed 69,800 with 337 deaths. Earlier this month, health officials announced they would be expanding the number of intensive care units across the country following a "scary" spike in cases.

Last week, the Gulf state announced it would begin allowing its citizens and residents to fly outside of the country as long as they quarantine upon their return. All international flights out of Oman, with the exception of repatriations, were suspended in late March.