During a phone call Tuesday, the US president and Abu Dhabi’s crown prince discussed diffusing the Libyan crisis as a new battle looms in the strategic city of Sirte. 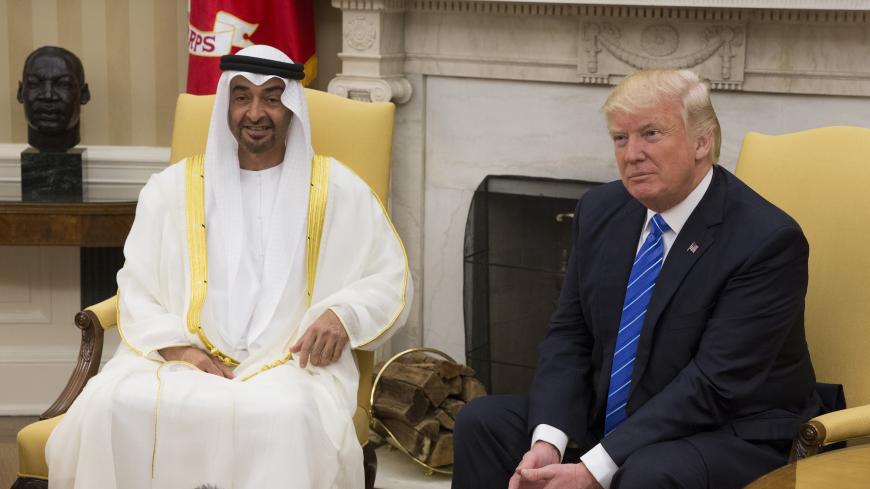 During a phone call Tuesday, the US president and Abu Dhabi’s crown prince discussed diffusing the Libyan crisis as a new battle looms in the strategic city of Sirte.

Crown Prince Sheikh Mohammed bin Zayed al-Nahyan, who is the de facto ruler of the United Arab Emirates, and US President Donald Trump “discussed a range of regional security issues including the importance of de-escalation in Libya through the removal of foreign forces,” the White House said in a readout of the call.

The UAE is one of the many foreign powers drawn into Libya’s six-year war, offering its support to the eastern-based Libyan National Army (LNA) led by Gen. Khalifa Hifter. The renegade commander, who also counts Egypt and Russia among his sponsors, is fighting the Turkey-backed internationally recognized government.

The UAE views Hifter as a stopgap against the Muslim Brotherhood and other Islamist movements in the region, and according to the United Nations has routinely supplied him with military hardware in violation of an international arms embargo.

Why it matters:  Trump has pushed for an end to hostilities in the North African country during a series of phone conversations with his counterparts in Turkey, Egypt and France. Of major concern to Washington is the steady flow of weapons and foreign fighters prolonging the war, particularly from Russia.

Last week, the Pentagon’s internal watchdog reported as many as 2,500 fighters associated with the Russian private security company Wagner Group and as many as 3,800 Syrian fighters paid for by Turkey were in Libya during the first three months of this year. The United Nations has also expressed concern over the paid fighters pouring in from Russia, Syria, Chad and Sudan.

What’s next:  The looming battle over the oil-rich city of Sirte could set off a direct confrontation between two major powers in Libya’s war, Turkey and Egypt. The Ankara-backed Government of National Accord is mobilizing outside the coastal city, which Hifter’s LNA has occupied since January.

Egypt, which supports Hifter's effort, is poised to enter the fray. The Egyptian Parliament gave President Abdel Fattah al-Sisi, who has described Sirte as a “red line,” the green light to deploy troops to Libya on Monday.

Know more:  Check out Metin Gurcan’s take on Ankara’s rising profile in Africa and read the latest in the war of words between Turkey and Egypt over Libya.