Israel’s flag carrier El Al and the government reached a bailout plan, which would mean huge layoffs and sizing down flights. 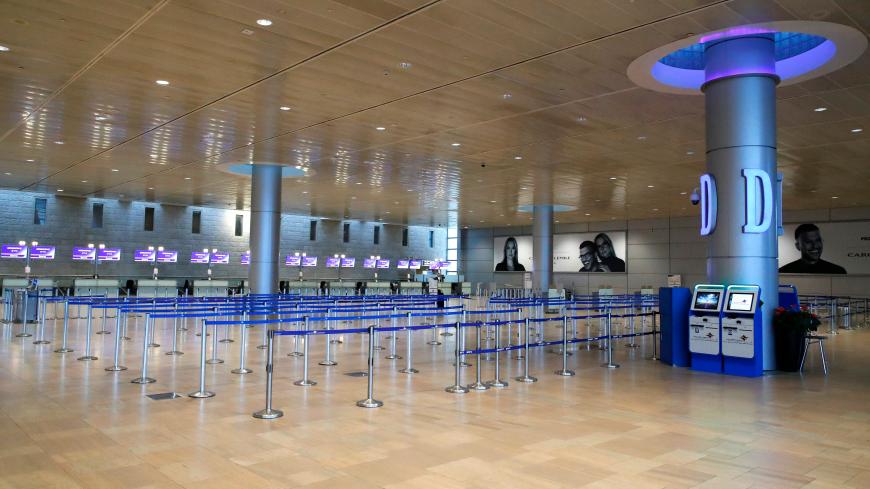 This picture shows a view of the empty check-in counters of Israel's national flag carrier El-Al, at a terminal at Ben-Gurion International Airport near Tel Aviv, due to the coronavirus pandemic, Israel, May 14, 2020. - JACK GUEZ/AFP via Getty Images

Israel’s biggest carrier El Al reached July 6 a bailout deal with the government. Under the deal, the state agreed to guarantee loans up to $250 million. El Al is expected to raise an additional $150 million by selling shares. If these shares will not be sold entirely to the public, then the state will buy them up. Thus, the state could become the major shareholder of El Al, i.e., the company would be nationalized.

The bailout agreement now awaits approval by the Knesset committee. Transportation Minister Miri Regev expressed yesterday cautious optimism, stating, "This evening the first step was taken to return El Al to the runway. We will work to assist the company during the interim as is needed with the aim of protecting Israel's aviation independence."

Talks about a rescue package have been going on for weeks. Israel closed its skies partially early after the coronavirus outbreak, paralyzing El Al and other Israeli carriers. In the following weeks, air traffic picked up very slowly. Prime Minister Benjamin Netanyahu met with senior officials from Greece and Cyprus and held video conferences with several world leaders, to accelerate the opening of borders. But hopes for these countries opening their borders to Israelis did not go as planned because the coronavirus resurfaced in Israel.

All this time, El Al suffered major loses. In parallel, its pilots refused to fly amid a labor crisis. Already in early March, the carrier suspended its regular services until at least the end of July, but kept some of its cargo operations and other special services to stay in the air and retain a fraction of its workforce. When the situation in Israel got worse, the company had to stop its activity completely. So, with no flights, no pilots and no revenues, the company suspended all its flight July 1, including passenger and cargo services.

Reports claim that El Al will not resume passenger flights before October, and that even then the company will operate only partially. According to these reports, El Al hopes to reach 75% of its pre-corona activity, which would mean sizing down the number of aircraft operated from 45 to 38.