Amnesty International obtained letters from prisons in Iran to the Health Ministry about a lack of adequate supplies in dealing with the coronavirus pandemic. 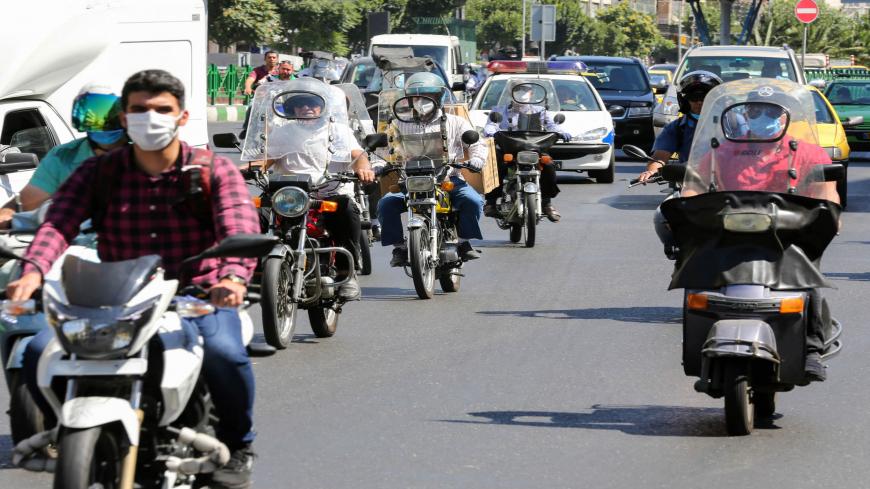 A leading human rights organization said July 31 that the Iranian authorities are ignoring cries for help on the bleak coronavirus situation in the country’s prisons.

Amnesty International obtained letters from senior officials in the Islamic Republic’s Prisons Organization. The human rights organization said in a press release that the Prisons Organization wrote four letters between March and July to the Ministry of Health reporting “shortages of protective equipment, disinfectant products, and essential medical devices.” The latest letter the organization obtained, dated July 5, indicates that the pleas had not been answered by that point.

Officials have praised the anti-virus efforts in the prisons and denied poor conditions there, according to Amnesty International.

A judiciary spokesperson said July 14 that the government had “enhanced the health and precautionary measures in penitentiaries” and developed plans with the Ministry of Health to monitor prisoners’ health, according to the state-run Tasnim news agency.

Iran has taken some steps to mitigate the virus’ spread in prisons. The authorities released 70,000 prisoners in March at the start of the outbreak. There was also a prison break in March amid fears the coronavirus would spread in Iran’s overcrowded detention facilities.

The pandemic continues to hit Iran hard. A leading health official said this month that 1,000 Iranians die of COVID-19 a day — a figure that is significantly higher than the 1-200 being officially reported daily. Lockdowns across the country have not led to sustained success so far.