It's not safe to insult Erdogan, even from Lebanon

Ankara has successfully pressured Beirut into prosecuting a Lebanese talk show host for criticizing Turkish President Recep Tayyip Erdogan in his own country. 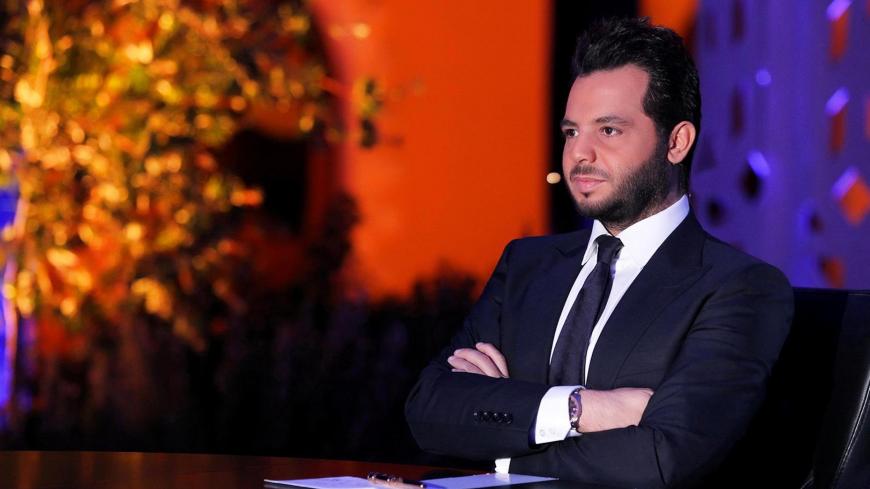 More than 100,000 people have been investigated and at least 30,000 others have been prosecuted for “insulting the president” since Erdogan rose to the presidency in 2014.

The crime carries a penalty of at least four years in prison under Article 299 of Turkey’s penal code.

Veteran Turkish comedians Mujdat Gezen and Metin Akpinar are among the most recent targets for airing disapproval over Erdogan’s autocratic behavior in a 2018 television appearance. Prosecutors sought up to four years and eight months in prison for the pair, who have entertained generations of Turks with their jibes at successive governments.

Now an ethnic Armenian Lebanese show host is to appear in court on Oct. 8 on similar charges, albeit in Lebanon, following pressure by Ankara on Lebanese authorities, in a further sign of how Turkey’s domestic fault lines are spilling beyond its borders and how Erdogan’s government is exploiting the divides to shore up support.

Nishan Der-Haroutounian, the host of a popular live program on Lebanon’s Al Jadeed TV, will face charges of "insulting Turkey” before the Court of Publications Chamber in Beirut.

Der-Haroutounian’s travails with Turkey began on June 10 when a caller dialed into his show and made derogatory comments about the TV personality’s Armenian roots.

The caller then went on to berate Der-Haroutounian for labeling Erdogan “an obnoxious Ottoman.” Der-Haroutounian retorted, “I am at complete liberty to call Erdogan and his regime obnoxious. A million and a half Armenians were killed.” He was referring to the mass slaughter of Ottoman Armenians in 1915, a massacre that for all of Turkey’s ferocious rebuttals is widely acknowledged as one of the earliest genocides of the 20th century. Lebanon’s estimated 150,000 ethnic Armenians are mostly descended from survivors of the genocide.

Soon after Der-Haroutounian’s outburst, a small but rowdy group that claims ancestry from Turkey’s southeastern province of Mardin gathered outside the station and began chanting anti-Armenian slogans. Lebanese pro-Turkish activist Mounir Hassan simultaneously posted a video online calling Der-Haroutounian an “idiotic dog” and “gay.” Hassan said, “We and our Turkish and Ottoman ancestors are proud of the massacre that our Ottoman ancestors carried out against the Armenians, because you deserve it.” The video went viral.

The Turkish Embassy sent a formal note of protest to the Lebanese Foreign Ministry saying Der-Haroutounian had exceeded the limits of free expression and demanded that the Lebanese media display the requisite respect for Turkey’s president and people. The ministry lobbed the ball into the Information Ministry’s court, saying that when professional ethics are overstepped and relations with foreign countries based on common interest are negatively impacted, steps in keeping with the relevant laws need to be taken. Prosecutors then accepted a criminal complaint filed by a local lawyer against Der-Haroutounian for insulting Turkey.

“That the Turkish government is attempting to export its policies of suppression and silencing to other countries is not new,” said Khatchig Mouradian, a lecturer in Middle Eastern, South Asian and African Studies at Columbia University. “What is new,” Mouradian told Al-Monitor, “is the zeal with which this is being pursued in Lebanon in recent months, at a time when the Lebanese people are facing a severe economic and political crisis and battling a pandemic.”

“A century ago, the Ottoman Turkish state implemented a policy of exclusion — and genocide — against its own Armenian citizens. Today, Erdogan’s government is trying to label Armenians as ‘the other’ in Lebanon, one of the bright loci of Armenian revival after the genocide,” he added.

Lebanon was ruled by the Ottomans from the 16th century until the empire’s collapse in 1918.

Erdogan’s unabashed campaign to assume the mantle of sultan double turbaned as caliph is resonating among Sunni Arabs in Lebanon as well. When street protests broke out last year, some protesters were seen waving the Turkish flag and chanting “Our soul, our blood, we will sacrifice it to you oh Erdogan.” Sunnis worldwide were delighted by Friday's news that the Hagia Sophia, the iconic Byzantine cathedral-turned-mosque-then-museum, has become a mosque again. Erdogan is expected to oversee inaugural prayers to mark the event on July 24.

Garo Paylan, an ethnic Armenian lawmaker for the opposition Peoples’ Democratic Party, believes that the Der-Haroutounian saga mirrors Turkey’s own internal tensions, “which are reflected in its hinterland.” The difference, he noted in a telephone interview with Al-Monitor, is that while in Turkey, those targeted cannot hit back at the government and its supporters “because of the climate of fear,” in places like Lebanon especially, “where you have communities from Turkey who bear the scars and traumas of generations past,” the fight “gets ugly on both sides.”

Erdogan and his far-right nationalist allies thrive on stirring such divisions to consolidate their base. The cynical exercise in vote peddling was on full display in the run-up to the 2017 referendum on switching Turkey’s long running parliamentary system for its current superpresidency, concentrating power in Erdogan’s hands. Violence erupted as Erdogan’s lieutenants toured EU countries delivering incendiary speeches before large Turkish communities to drum up support.

Austria's conservative Prime Minister Sebastian Kurtz seized on the “imported conflict” to justify his clampdown on immigration. “We see in France where it can lead if integration policy goes wrong,” he said.