The Dubai-based carrier's decision follows a stoppage it placed on flights from Pakistan as countries struggle to resume flights during the pandemic. 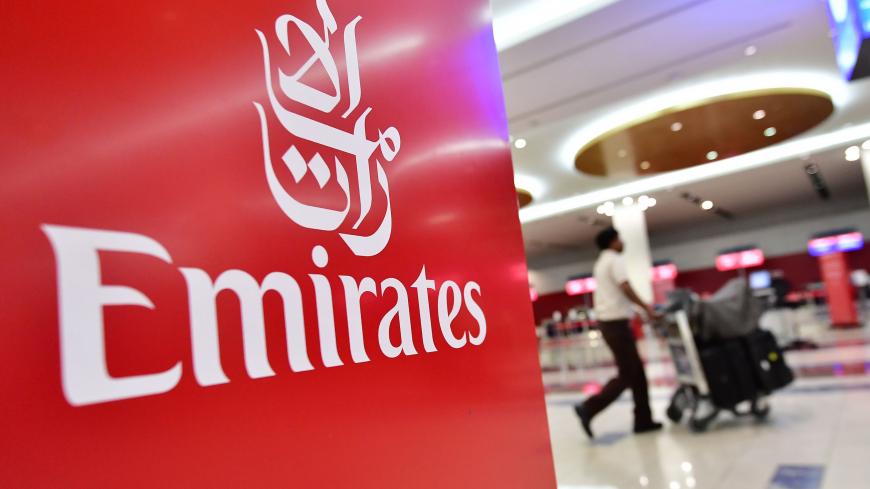 A passenger walks past an Emirates airlines logo at Dubai International Airport in the United Arab Emirates on Oct. 10, 2018. - GIUSEPPE CACACE/AFP via Getty Images

Emirates has suspended flight bookings to Auckland for three weeks following a New Zealand government order. It is one of a few resumed routes the Dubai-based airline has had to stop amid the COVID-19 pandemic.

Emirates said the decision to temporarily stop booking flights to New Zealand’s largest city is due to restrictions from the government there.

“In response to the New Zealand’s government’s directive to restrict capacity on all inbound international flights, new bookings on Emirates’ flights to Auckland will temporarily be unavailable for the next three weeks,” an Emirates spokesperson told Al-Monitor.

New Zealand and its flagship carrier Air New Zealand agreed to temporarily pause new bookings to the country, the public broadcaster Radio New Zealand reported yesterday. This is being done to manage the quarantines returnees must enter into upon coming back to the South Pacific nation, according to the news outlet.

In June, a man who flew to New Zealand from Pakistan tested positive for the coronavirus. There were also reports of people leaving mandatory isolation early, prompting an outcry.

Existing bookings to Auckland on Emirates will not be affected, according to the airline.

Emirates suspended passenger flights in March along with other airlines in the United Arab Emirates during the harsh lockdown there. In May, the carrier resumed regularly scheduled flights to multiple continents. Emirates has continued to add destinations since then.

This is not the first time Emirates, a major international airline, has backtracked on flight route resumptions. In June, it suspended flights from Pakistan after a virus outbreak on a flight.

“The safety of our passengers and crew is our highest priority,” said the spokesperson on the Auckland decision.