Wednesday's Russian statement, backing up one made by Syria on Saturday, came after the United States accused Russia on May 26 of delivering aircraft to Libya via Syria. 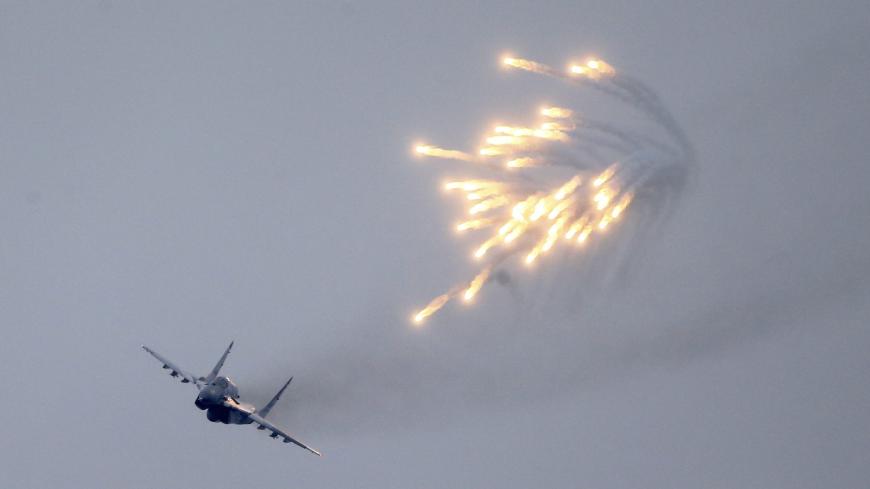 The Russian Embassy in Syria said Wednesday that the Kremlin has delivered a “second batch” of MiG-29 fighter aircraft to Khmeimim air base.

The statement followed an announcement Saturday by Syria’s state-run SANA news agency that a “second group of modern and advanced MiG-29 fighters” was received in a ceremony the same day at the base in Latakia. SANA said Syrian pilots would begin flying missions with the aircraft Monday.

The statements left unclear when the first batch of planes was received.

The Syrian announcement came four days after the United States accused Russia of delivering at least 14 MiG-29 and Su-24 aircraft to Libya via Syria, where US Africa Command said they were repainted before continuing on to support Khalifa Hifter’s campaign against the United Nations-backed government in Tripoli.

AFRICOM’s commander called the move a “serious escalation.” Viktor Bondarev, a parliamentarian who formerly led the Russian air force, denied the government had sent aircraft to Libya. Russia also denies that its Wagner paramilitary troops are present in the country despite significant evidence.

A top AFRICOM intelligence official last week responded to Russia’s denial, saying the United States was able to “watch” and photograph the aircraft as they flew from Russia "by way of Iran" to Syria before continuing on to Libya.

AFRICOM earlier this week suggested it was considering sending military trainers to Tunisia in response to Russia’s involvement in Libya. Hifter’s forces have been in retreat and the UN-backed government’s forces declared full control of Tripoli on Thursday.

It is not clear how many of Syria’s MiG-29s are still functional after years of sanctions and war. The country’s military has relied more on its less advanced Su-24s in recent years, two of which Turkey downed earlier this year over the country’s northwest.