Two vulnerable Senate Republican incumbents up for re-election in November found themselves under attack over their support for President Donald Trump’s Iran policies in new social media ads that began airing in their states today. 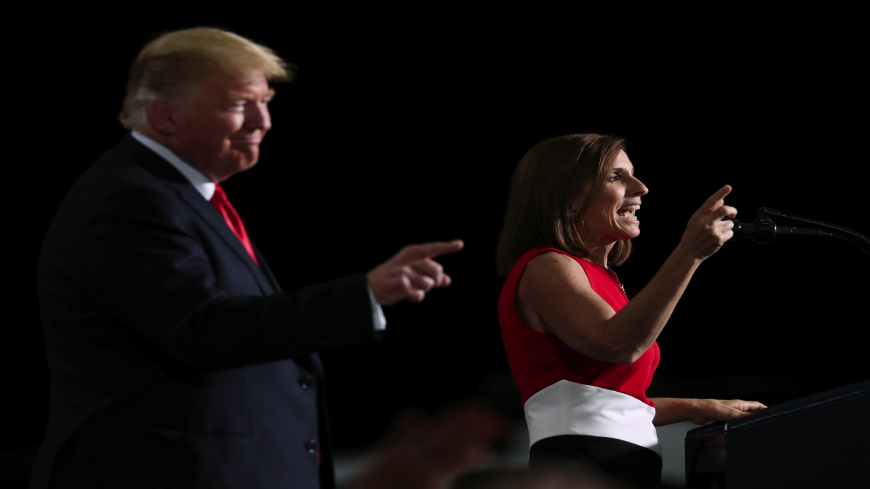 Two vulnerable Senate Republican incumbents up for re-election in November found themselves under attack over their support for President Donald Trump’s Iran policies in new social media ads that began airing in their states today.

“President Trump took us to the brink of another war in the Middle East while some in Congress put their heads in the sand,” the ads say. They go on to assert that Gardner and McSally “would let Trump drag us into war yet again” and ask voters to tell the senators to “stand up to Trump, protect our troops.” A third ad asks voters to thank Sen. Tim Kaine, D-Va., for introducing the war powers resolution.

Why it matters: Gardner and McSally are currently facing uphill re-election battles in battleground states as Democrats seek to retake the Senate. Notably, Kaine is not up for re-election this year, and J Street denies that the ads are “electoral in nature or intent.”

“The goal here is about educating constituents and pushing them to speak up on the issue,” J Street spokesman Logan Bayroff told Al-Monitor. “We felt it was important to not only ensure that constituents challenge senators like Gardner and McSally whose leadership has been sorely lacking on the Iran issue, but also to lift up a senator who’s been a key voice for diplomacy and help ensure he receives the thanks and constituent support he deserves.”

Kaine succeeded in ushering his resolution through the Republican-held Senate 55-45 in January but did not succeed in securing the 67 votes needed to override Trump’s veto in May.

A January Washington Post-ABC poll found that 53% of Americans approved of Trump killing Soleimani — largely along party lines with 86% of Republicans supporting the strike and 72% of Democrats opposing it. That same poll found that 46% of Americans felt the strike increased the risk of war with Iran, including 73% of Democrats but only 19% of Republicans.

What’s next: Colorado Democrats will choose their candidate to face off against Gardner in the state’s June 30 primary. McSally is widely expected to win her primary in August and face off against the Democratic candidate to unseat her, former astronaut Mark Kelly. J Street also intends to raise more than $1 million by November to support former Vice President Joe Biden’s bid to oust Trump from the White House.

Know more: J Street is also touting the fact that centrist Democrats hoping to unseat Republicans in battleground states, including Colorado, have come out against Prime Minister Benjamin Netanyahu’s plans to annex parts of the West Bank per the Trump peace plan. Congressional Correspondent Bryant Harris has the full story here.