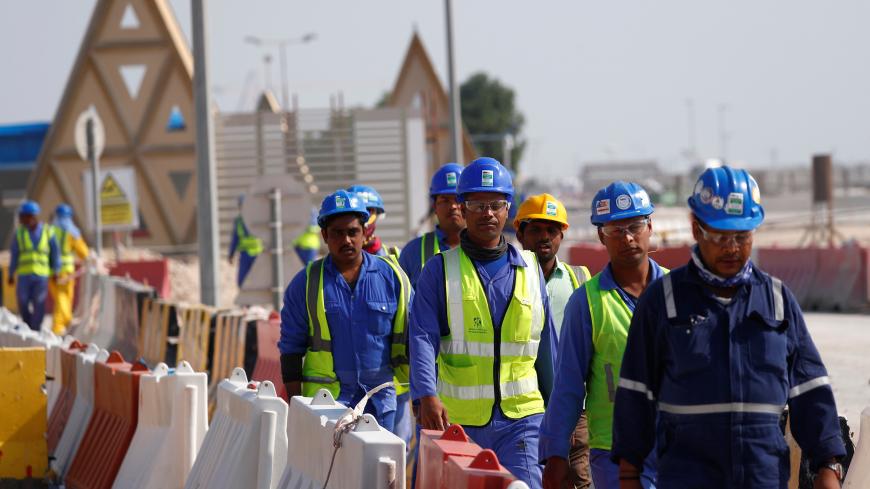 Workers walk towards the construction site of the Lusail Stadium, which is being built for the upcoming 2022 FIFA World Cup, during a stadium tour in Doha, Qatar, Dec. 20, 2019. - REUTERS/Kai Pfaffenbach

A group of migrant workers building the 2022 World Cup stadium in Qatar worked for as many as seven months without pay, Amnesty International said Wednesday.

After Amnesty International took the allegation to the Qatari authorities, World Cup organizers and football's governing body, FIFA, the organization reports that some employees have since received part of their withheld wages.

“This case is the latest damning illustration of how easy it still is to exploit workers in Qatar, even when they are building one of the crown jewels of the World Cup. For years we have been urging Qatar to reform the system, but clearly change has not come fast enough,” Steve Cockburn, head of Economic and Social Justice at Amnesty International, said in a statement.

This isn’t the first time the soccer tournament’s organizers have faced criticism for their treatment of migrant workers, who comprise a majority of Qatar's population. Rights groups say over 1,000 stadium workers have died on the job due to poor labor conditions. Qatar has acknowledged just 34 deaths since construction began six years ago.

The Gulf state agreed to some labor reforms since winning the contract to host the World Cup in 2010, including removing visa requirements on most migrants that required they obtain permission from their employers before leaving the country.

But groups like Human Rights Watch say migrant laborers remain vulnerable to abuse due to the "kafala" system, which ties workers to their Qatari sponsors. Workers are still required to give their employees 72 hours advance notice of their departure from the country.