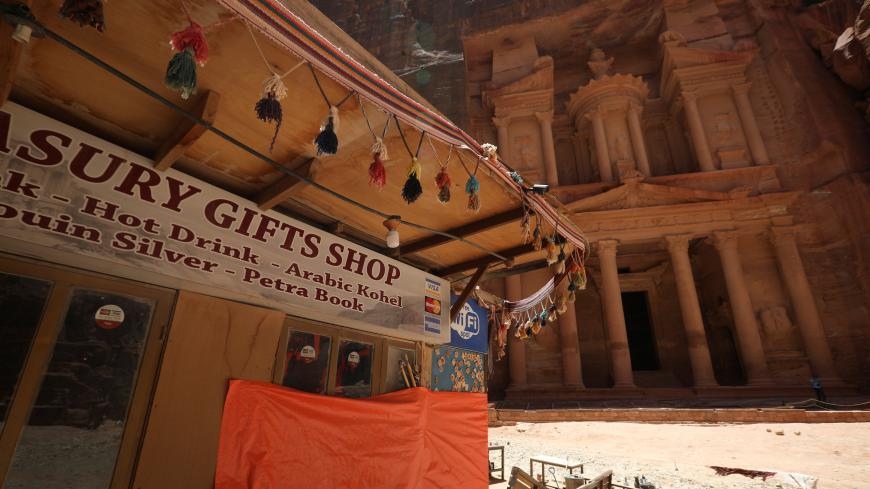 A closed souvenir shop in front of the treasury site in the ancient city of Petra is seen June 3, 2020, in the aftermath of the Jordanian government's closure of all tourist facilities in the country amid concerns over the spread of the coronavirus disease. On June 5, tourist sites in Jordan are going to be allowed to reopen. - REUTERS/Muhammad Hamed

Several measures are being relaxed, the government announced today. Everyone will again be able to drive their cars, replacing the odd-even license plate system restricting the number of cars on the road each day. Domestic travel will also be also allowed again. Hotels, restaurants and tourist sites can also reopen. Public transportation can operate at 50% capacity, with people over 70 being barred from riding, the Jordan Times newspaper reported.

Schools, movie theaters and wedding halls are to remain closed. Businesses will be allowed to operate from 6 a.m. to 11 p.m. The nighttime curfew is also being relaxed and will be from midnight until 6 a.m., the newspaper said. The present curfew is from 7 p.m. until 8 a.m.

Jordan has fared better than many of its neighbors in fighting COVID-19. The Hashemite kingdom of nearly 10 million has only had 765 registered cases of the novel coronavirus, according to statistics from Jordan’s Ministry of Health.

The country began a strict lockdown and closed its borders in March, but then began easing restrictions in April. The country’s prime minister said enforcement of the remaining restrictions will be increased with the opening up Saturday.