​The Iranian foreign minister went to Moscow for help against US efforts to extend an arms embargo against Iran. 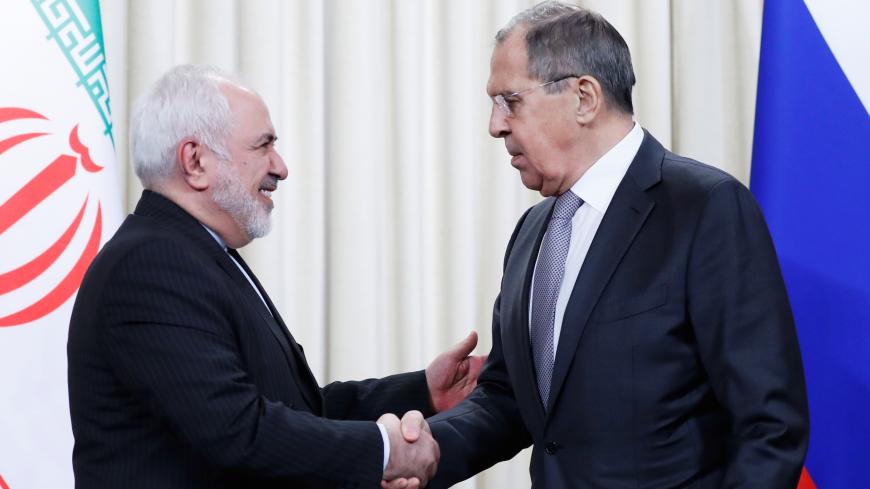 Iran’s Foreign Minister Mohammad Javad Zarif said his country will not allow the United States to manipulate the International Atomic Energy Agency (IAEA) as a tool to destroy the fragile Iran nuclear deal known as the Joint Comprehensive Plan of Action (JCPOA).

Standing next to his Russian counterpart Sergey Lavrov at a presser in Moscow, Zarif also took aim at the IAEA itself, warning it of an Iranian response if the agency takes “illogical” steps toward destroying the JCPOA. Zarif did not specify the nature of Iran’s reaction, but defended his country’s “transparent cooperation as verified” in 15 reports by the UN nuclear watchdog.

In its latest two reports, however, the IAEA has noted that Iran is blocking inspection at two of its nuclear facilities. The reports have prompted E3 nations — France, Germany and the United Kingdom — to draft a resolution at the IAEA Board of Governors, admonishing the Islamic Republic over the obstruction. Iran has slammed the move as “unconstructive” and a “mockery” of international nonproliferation regulations. The European powers have also urged Tehran to resume full compliance with the JCPOA. Iran has been reducing its commitments under the deal in a phased process since May 2019, and in response to the European signatories’ perceived failure to concretely deliver on their economic obligations.

Zarif’s trip to Moscow came also in the middle of a robust push by the United States to renew a key Iran arms embargo, which under the JCPOA and UN Security Council Resolution 2231 is set to expire in November. Iran has argued that any extension of the embargo is illegal and has warned of “severe consequences.” While Washington may enjoy some level of backing from European members of the council, it is expected to face an uphill trying to bring on board veto-wielding powers Russia and China, which maintain much closer ties with Iran compared to the other remaining JCPOA signatories.

Following the presser in Moscow, Russia’s Lavrov told reporters that the US move against Iran lacks a legal basis and that Russia will “do everything” to preserve the nuclear deal. However, he fell short of clarifying whether his country will resort to its veto power to stand by Tehran and block the US push.

Further intensifying the pressure on Iran, a UN report confirmed that Iranian missiles had been used in a sophisticated strike that targeted Saudi Arabia’s key Aramco oil facility last year. Iran has persistently denied any role and unsurprisingly dismissed the UN investigation.

Before landing in Moscow, the Iranian top diplomat was in Istanbul, where he met with his Turkish counterpart to discuss bilateral relations as well as the war in Syria. He also renewed criticism against Washington’s unrelenting anti-Iran sanctions during the ongoing coronavirus pandemic.

Zarif’s diplomacy in Turkey succeeded with one major financial goal: the resumption of Iranian natural gas exports to its neighboring ally as of next month, and at a time when Iran is grappling with fast-shrinking foreign currency reserves triggered by sanctions the United States has reinstated through its “maximum pressure” policy aimed at bringing the Iranian economy to its knees.