Tehran has chosen to issue domestic bonds to address its expected budget deficit, a policy that promises to have complex impacts on Iran's economy. 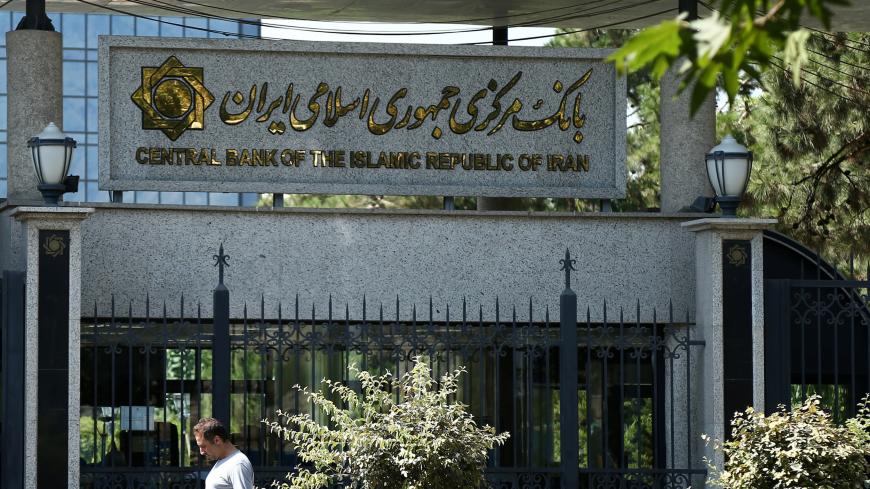 The Iranian government opted in mid May to issue domestic bonds to fill the enormous budget deficit that is expected in the current year. The plan is to sell a total of 2,400 trillion rials in new bonds (equal to about $13.5 billion at the free market rate). Incidentally, the current state budget already included the issuance of 900 trillion rials in domestic bonds and the government plans to secure the approval for an additional 1,500 trillion from the Economic Coordination Council — i.e. the heads of the three branches of power — to use the same tool to fill the expected budget deficit. Yet what the overall impact will this policy have on the country’s economy?

The first criticism of this approach is that the government’s calculations are based on the volume of the anticipated budget deficit and not on whether the economy can absorb this size of bonds. In fact, the total volume of domestic bonds that the government has issued in the past decades is less than the figure for the current Iranian year. To put the government plans in perspective, it should be noted that the above figure would equal 10% of the economy’s liquidity at the end of the past Iranian year, March 19. This volume of government debt within one fiscal year is unprecedented, but it is needed in light of the current financial bottlenecks caused by sanctions, low oil prices and the COVID-19 economic downturn.

Experts agree that domestic bonds are not an ideal tool for financing a budget deficit, but considering the fact that sanctions restrict the ability of the Iranian government to access its international funds or to issue bonds on international markets, it is one of the few choices that remain.

At the current juncture, these bonds could be viewed as an instrument to attract some of the capital that has been heating the stock markets, but to do so, the government needs to offer interest rates that will attract that capital. Currently, domestic bonds in local currency fetch 14.5% annual interest, compared with bank interests that vary between 15% and 18%. These rates pale in comparison with the annual inflation, which is estimated to stand at 30% in the current Iranian year. As such, investing in hard currency or gold are safer bets for investors who wish to beat inflation. Furthermore, from an investor’s point of view, the performance of the Tehran Stock Exchange is more attractive, though higher risk compared to bonds. The government bonds are targeting low-risk investors, but it is unclear whether this volume would be absorbed by such investors.

This explains why the government has opted to sell some of the new bonds to the Central Bank of Iran (CBI) and others will essentially settle the government’s debt to its creditors such as the Social Security Organization and various subcontractors. A third category of bonds will be auctioned by the CBI and sold to banks. In January, a law was passed to legalize the sale of such so-called “Islamic bonds.” As Al-Monitor reported last year, the overall framework for such transactions had been created through the initiation of Open Market Operations (OMO) by the CBI. The above application of these laws means that the bonds will create financial transactions between different economic players with limited impact on liquidity flows. Issuing various conventional bonds would under normal circumstances lead to major inflationary impulses, but by selling these bonds to creditors, the CBI and commercial banks, the government is attempting to contain the inflationary impact. However, there will be other consequences that need to be analyzed.

First and foremost, these bonds will lead to a degree of transparency in government finances. In the past, governments financed their budget deficits by endlessly delaying payments to subcontractors, printing money and increasing their debt to the CBI without due process. However, in the new system, these bonds will be listed as government debt, which needs to be repaid.

To appreciate the other consequences, one needs to take a closer look at the process. The bulk of the bonds will be auctioned by the CBI. At the beginning of each work week, the CBI auctions bonds and banks can put in bids that include the means of financial settlement, i.e. transaction of funds, swap of other assets and settling of old debts. Reflecting the accepted bids, the CBI carries out the transactions based on bonds issued by the government. These bonds will have a time frame of three years and their annual interest rates will depend on whether the interest is paid on a quarterly basis or on the maturity date. It is important to note that the CBI is not allowed to acquire any bonds in the primary offering and is only the operator of the market. The CBI can, however, engage in bonds transactions on secondary markets based on OMO rules and regulations.

Considering the practice that started in mid-May, two other positive consequences can be envisaged.

Investment in these bonds will allow commercial banks to improve their balance sheets and convert some of their old assets (mostly properties and collateral for past bad loans) to new and transparent financial assets. Another advantage is that they can sell these bonds to the CBI if they need the resulting liquidity. Banks will also be able to offer new investment tools to their customers based on these bonds.

Another consequence is the consolidation of the OMO market, which is a tool for the CBI to manage the liquidity volume in the economy. Considering that runaway liquidity has been one of the main drivers of inflation, a deliberate utilization of OMO could contain inflation, which undermines purchasing power in the society.

The downside of the above plans is the pressure on the government to offer higher interest rates to attract stakeholders such as pension funds and investment companies to acquire these bonds. Otherwise, the planned volume would not be sold. An increase in interest rates will defeat the purpose of containing inflation, which should be the top priority for the authorities. It remains to be seen how this scheme will impact the overall economic developments. The new practice can tackle some of the current economic challenges and also introduce needed structural reforms in financial transparency, but in practice, there will be many economic and administrative bottlenecks.