Israel's airport remains closed and the airline has suffered from the downturn in global travel. 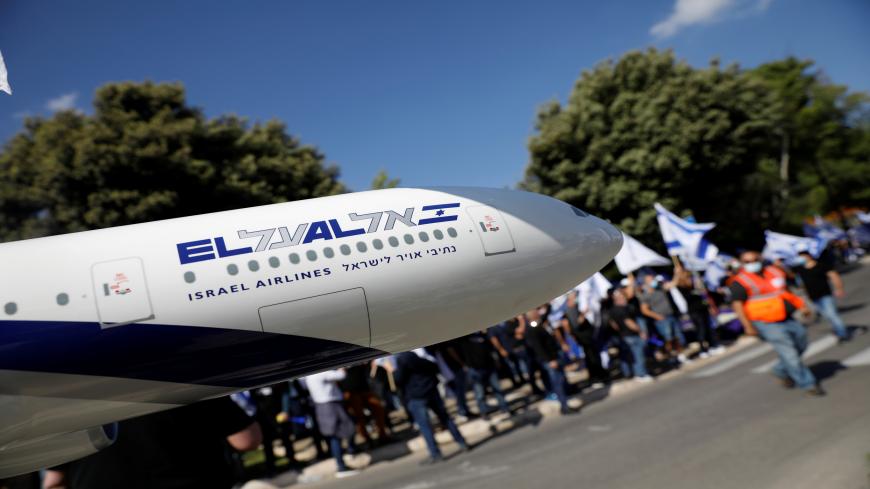 Employees of Israeli flag carrier El Al Airlines take part in a protest asking for a recovery plan for the cash-strapped airline that has been grounded due to the coronavirus outbreak, near the Finance Ministry in Jerusalem, May 10, 2020. - REUTERS/Ronen Zvulun

Israel’s flagship airline extended unpaid leave for 5,800 employees until the end of July. El Al also said it will not be able to stay in the air once Israel’s borders reopen without state aid, Reuters reported.

Israel closed its borders in March to mitigate the spread of the coronavirus. The country has since reopened somewhat, but its airport remains closed.

El Al has suffered major financial losses during the closure. The airline announced it would continue its suspension of passenger flights until June 30. It continues to operate cargo and repatriation flights. Yesterday, the government approved a $72 million loan to help El Al stay afloat with stipulations, The Times of Israel reported.

The airline seeks $400 million in loans and is considering the government’s offer, according to Reuters.

Middle Eastern airlines in general have been hit hard by the coronavirus pandemic and the subsequent downturn in global travel. Qatar Airways has cut jobs and is seeking loans and Emirates has also let employees go.

If El Al does resume passenger flights, it could benefit from Israel’s relative success in combating the virus. Greece announced that Israel will be one of the limited number of countries from which it will allow tourists this summer.