Foreign tourists will also be allowed to travel to three coastal provinces as airports reopen to international travel beginning July 1. 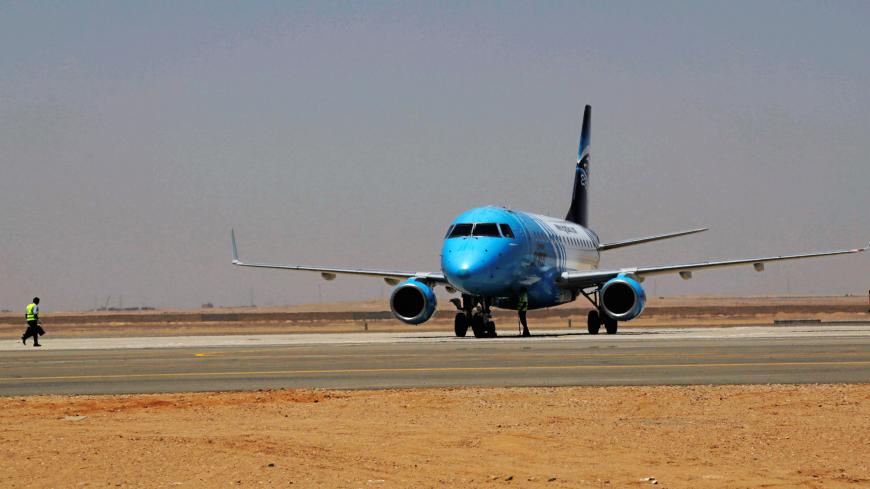 An EgyptAir plane lands on the runway of the Capital International Airport, newly built for Egypt's new capital, east of Cairo, Egypt, July 9, 2019.

Egypt will reopen of its airports to international traffic beginning July 1, the aviation minister said Sunday, as the country gears up to welcome foreign tourists to a number of beach destinations.

Flights will resume "between Egypt and countries which have reopened their airspace,” Mohamed Manar Anba said during a news conference. Egypt paused all international air travel on March 19 and has only allowed its airports to operate domestic flights.

After implementing sanitation and social distancing measures, more than 200 hotels are allowed to reopen to guests. Most major tourist sites in Egypt, including Giza, the Grand Egyptian Museum in Cairo and Luxor's Karnak temple, will reopen gradually.

"We are not in a hurry. We want to ensure everyone's health and our reputation as a tourist destination," Minister of Tourism and Antiquities Khaled el-Anani said during the conference.

After 14 years of restoration work, Egypt reopened its oldest pyramid in Saqqara, south of Cairo, in mid-March. With visits to Egypt’s ancient monuments and sites suspended, the tourism ministry began to offer virtual tours in April.

Egypt suspended foreign tourism in March as part of its crackdown on the spread of the coronavirus. Al-Anani has estimated that losses to the country’s tourism sector, which accounts for 5% of Egypt’s gross domestic product, could reach $1 billion.

The government recently postponed parts of its planned reopening following a spike in infections. Health officials registered 1,677 new cases on Saturday, the highest single-day total since the country’s first reported case in mid-February.

The Arab world’s most populous country has now confirmed 44,598 cases and 1,575 deaths.