The US military offers its condolences to Iran, but also criticizes the Islamic Republic for holding the training exercise in a high-traffic body of water, the Gulf of Oman. 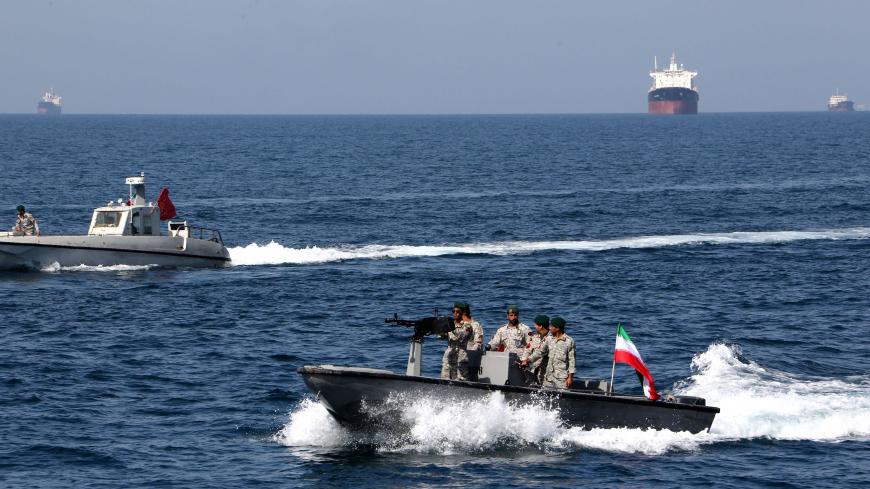 The US military offered its condolences to Iran after Iranian sailors died in a friendly fire incident Sunday.

A spokesman for US Central Command, also known as CENTCOM, said the incident during an Iranian naval training exercise Sunday was “tragic.”

“U.S. Central Command offers our sincere condolences to the Iranian people for the tragic loss of life when an Iranian anti-ship cruise missile struck the Iranian auxiliary vessel Konarak in the Gulf of Oman on May 10, 2020,” Capt. Bill Urban said in a statement sent to Al-Monitor today.

The accident occurred when an Iranian naval ship accidentally fired a missile at another ship during a training in the Gulf of Oman — the body of water between Iran and the Arabian peninsula; 19 service members died and 15 were injured.

Iranian Supreme Leader Ayatollah Ali Khamenei later called for an investigation into the deaths, asking military commanders to “shed light” on what transpired.

Iran regularly conducts naval exercises in the Gulf of Oman. The area is near the strategic Strait of Hormuz, which is the maritime passageway for 20% of the world’s oil traffic.

The US offer of condolences comes at a time of high tensions between the two countries in the Persian Gulf. US President Donald Trump threatened to “destroy” Iranian ships that harassed US ships in the Gulf last month after Iranian speedboats crossed the bows and sterns of US ships there at close distances.

In its statement, CENTCOM also criticized Iran for holding the exercise in a busy body of water. “While we are troubled that this mishap occurred in such close proximity to a high-traffic international shipping lane and at a time when most of the region's focus is on the fight against COVID-19, the unnecessary loss of life is regrettable,” said Urban.