The poll for April from the Israel Democracy Institute found differing opinions between the left and right and Jewish and Arab Israelis. 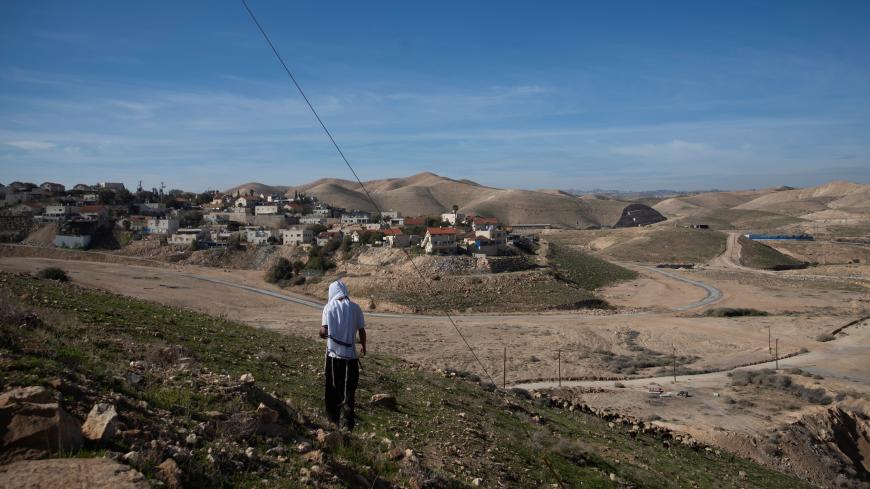 A Jewish shepherd wears a prayer shawl as he stands near houses in the Israeli settlement of Mitzpe Yericho in the Jordan Valley in the Israeli-occupied West Bank, Jan. 27, 2020. - REUTERS/Ronen Zvulun

A majority of Israeli Jews back annexing parts of the West Bank, according to an Israeli research center.

An April survey released Sunday by the Israel Democracy Institute found 52% of Israeli Jews support applying Israeli sovereignty over parts of the Palestinian territory of the West Bank. Only 9% of Israeli Arabs, also known as Palestinian citizens of Israel, supported the territory’s annexation.

Most countries consider the West Bank to be a Palestinian territory occupied by Israel. Israel seized control of the majority Palestinian area from Jordan during the 1967 war. Since then, Israel has built more than 100 settlements for Jewish citizens there, which most countries — but not the United States — consider illegal. Parts of the territory are directly ruled by Israel, while others are controlled by the Palestinian Authority.

Political momentum toward annexation has gained traction in Israel recently due to possible US support. Last week, US Ambassador to Israel David Friedman said the United States would recognize a partial annexation under certain conditions. The same day, Israel announced plans to build new settlements in the West Bank. US Secretary of State Mike Pompeo will visit Israel on Wednesday when the country’s new unity government is sworn in and discuss annexation.

The Israel Democracy Institute’s poll shows wide variance on the issue between the Israeli right and left. The poll found 71% of Israeli Jews identifying with the political right support annexation, while only 31% from the political center and 8% from the left do.

Only 33% of Jews and 25% of Arabs think such an annexation will happen this year, the institute said.

Annexing the territory in the Jordan River Valley has been a long-standing Israeli security goal. Palestinians envision the West Bank as part of a future independent state of Palestine, but many Israeli say this would make its border too narrow and thus indefensible. Israeli Prime Minister Benjamin Netanyahu took a strong step toward promising annexation in September when running for reelection.

The new Israeli unity government of Netanyahu and former rival Benny Gantz has led to criticism from Palestinian and international actors who fear annexation is receiving political legitimization. A group of European Union ambassadors warned against annexation late last month. The Arab League called it a “war crime” at the same time.