An Israeli soldier was killed during a pre-dawn raid near Jenin when a large rock was dropped on his head, the first IDF death during military operations this year. 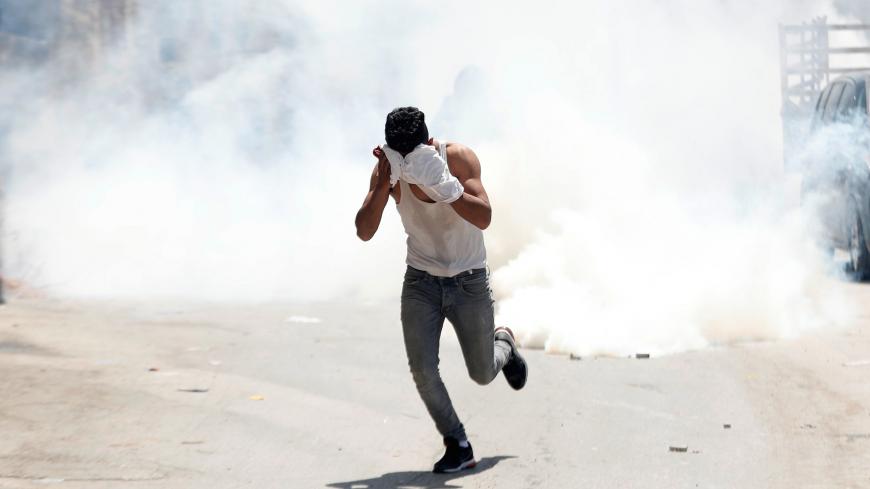 A Palestinian runs away from tear gas fired by Israeli forces during a raid after an Israeli soldier was killed by a rock, in Yabad near Jenin in the Israeli-occupied West Bank, May 12, 2020. - REUTERS/Mohamad Torokman

An Israel Defense Forces soldier was killed during a pre-dawn arrest raid near Jenin on Monday after a large rock was dropped on his head from the roof of a nearby home.

21-year-old Staff Sgt. Amit Ben Ygal died a few hours after being injured in the Palestinian town of Ya’bad, the first IDF death during military operations this year.

The Israeli soldiers raided the village around 4 a.m. and arrested four Palestinians, two suspected of terrorism and two of throwing stones at nearby Israeli vehicles.

IDF spokesperson Brig. Gen. Hidai Zilberman told reporters the soldiers were not able to identify who dropped the large rock that struck Ygal near the edge of the village.

Ygal later died at the Rambam Medical Center in Haifa.

Israeli soldiers returned to the town after the incident to find the person who dropped the stone, reported the West Bank’s Wafa news agency. Several arrests were made.

The last IDF soldier to be killed by a Palestinian died in March 2019 after being shot alongside another two other people at the Ariel settlement in the West Bank.

Also on Tuesday, Israeli police said a Palestinian man attempting to stab people with a screwdriver at the Qalandia checkpoint outside Jerusalem was shot and wounded.

The incidents come as Netanyahu is promising to annex parts of the West Bank as early as July, with conditional US government approval.

The move faces widespread international opposition and threatens decades of hopes for a two-state solution.

Israel’s Defense Ministry announced the approval of new settlement projects just a day after US ambassador David Friedman said the Trump administration was prepared to support the annexation on certain conditions, including Knesset approval and a freeze on settlement building in areas not annexed.

Israel captured a significant portion of Palestinian territory in the 1967 war with its neighbors and has continued to approve West Bank settlements, which the United Nations has ruled “flagrant violations of international law.”

Israeli officials have said for years that the West Bank — the core of a proposed future Palestinian state — is key territory for maintaining Israel’s self-defense.