The coronavirus pandemic has raised the specter of a dramatic spike in unemployment in Turkey, but only a small section of those affected are slated to receive government support. 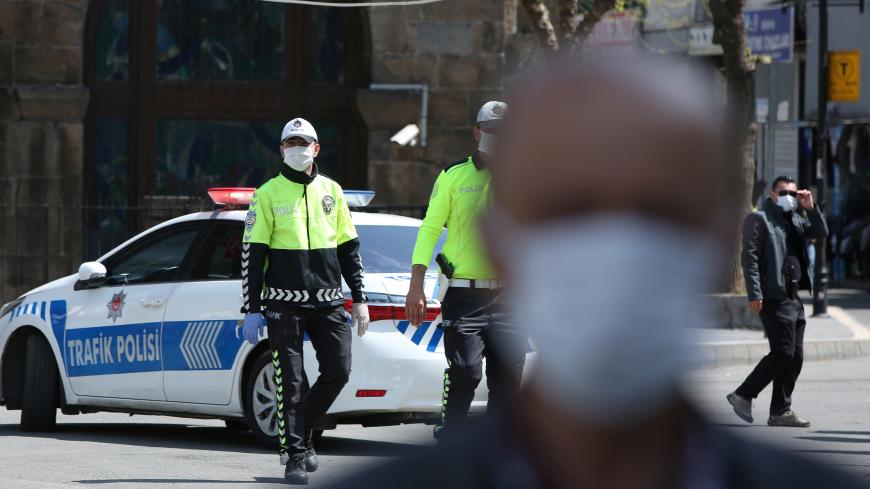 The coronavirus crisis appears bound to leave Turkey with some 10 million people out of work, doubling the country’s pre-pandemic unemployment count. Even more alarmingly, many of those losing jobs remain without any welfare coverage from the state.

The pandemic hit Turkey when its economic immunity was already weak in the wake of a 2018 currency crisis. The turmoil added almost 3 percentage points to the country’s unemployment rate last year, bringing it to nearly 14% as the army of jobless grew by about a million people to reach 4.5 million. The pandemic has dashed hopes for economic revival in 2020, with Ankara’s official tally reaching more than 42,000 infections and 908 deaths as of April 9, less than a month since the government confirmed the first case on March 11. Many blame the fast spread of the outbreak on the government’s response, arguing that measures to enforce social distancing and prevent movement have come late or fallen short.

Nevertheless, the measures have wreaked havoc on the labor market. The spike in unemployment stems from three main factors. The first is the closure of businesses where people come close to each other and thus pose a high risk of spreading the contagion. Another factor is the stay-at-home orders imposed on those aged over 65 and many of those under 20. The third factor is the nosediving demand for goods and services that has plunged tens of thousands of enterprises into crisis, leading them to lay off or furlough employees.

Official figures on how the COVID-19 pandemic has hit the workforce since March are not set to become available from the Turkish Statistical Institute until June and July. Still, some existing figures allow estimates and sketches of the proportions the problem has reached.

A wide range of businesses have closed at the behest of the Interior Ministry. The first order in mid-March covered about 150,000 businesses such as cafes, gyms and entertainment centers. Ensuing orders affected beauty salons and restaurants. Their numbers have not been released but could top 120,000, based on Trade Ministry data on small shopkeepers and tradesmen. So an estimated 270,000 businesses have closed as part of the precautions. Assuming they employ an average of five workers each, more than 1.5 million people, including the business owners, are estimated to be now out of work, albeit temporarily.

Other bans have hit sellers in outdoor markets, a fixture of each neighborhood in Turkey.

Under stay-at-home restrictions, citizens aged over 65 and many of those under 20 are banned from leaving their homes. About 850,000 Turkish citizens over 65 were working, as were some 550,000 youths aged 15-17, leaving another 1.4 million out of work.

This brings the total people left out of work due to government measures to contain the contagion to nearly 3 million, in addition to the 4.5 million who were already jobless before the pandemic.

There is a third category of job loss, stemming from companies hit by the shrinking consumer demand for goods and services. The numbers here remain unknown, while those businesses continue to take blows. According to Family, Labor and Social Affairs Minister Zumrut Selcuk, nearly 70,000 businesses in bad straits have applied for so-called short work payments for more than a million employees from the Unemployment Insurance Fund. The assistance, part of existing labor regulations, is paid over three months to employees of companies forced out of business by force majeure circumstances.

The government, however, has already moved to curtail the cost of such benefits.

According to a bill that made headlines April 8, Ankara plans to ban layoffs for three months and then another three months if deemed necessary. The bill, however, opens the door for employers to send workers on unpaid leave for up to six months without canceling their contracts. Furloughed employees would receive 39 Turkish liras ($6) per day from the Unemployment Insurance Fund, which makes 1,177 liras (about $175) per month — a sum well below the short work payments that range from 1,752 to 4,381 liras ($264-$660). Such an arrangement would result in at least another two million people out of work. The bill has yet to hit parliament.

So a grand total of about 10 million people out of work, including the 4.5 million already jobless before the outbreak, is a likely prospect for Turkey in the COVID-19 crisis. Assuming that the labor force — counting both the employed and the jobless — remains at the pre-pandemic level of 32 million, these figures would take the current 14% unemployment rate to the region of 30%.

Of note, the estimates above exclude about 3 million unregistered wage earners in cities across the country.

How long the spike in unemployment could last is unclear, but only a small section of the affected masses has received a helping hand from the state thus far. Even if 2 million people ultimately benefit from payments from the Unemployment Insurance Fund, Ankara has yet to consider steps to help the 8 million who remain potentially uncovered.