Report: Trump threatened to remove US troops from Saudi if no oil production cut

Trump told the Saudi Crown Prince that US troops would leave Saudi Arabia if OPEC did not cut production, according to a new report. 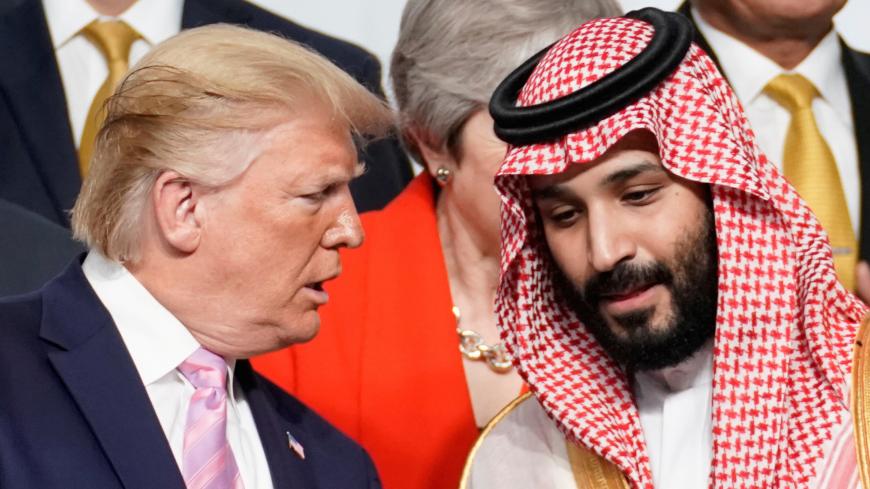 US President Donald Trump threatened to remove US troops from Saudi Arabia if oil production did not decrease, according to a report from Reuters.

Reuters reported today that Trump told Saudi Crown Prince Mohammed bin Salman in an April 2 phone call that if OPEC did not cut production, he would not be able to stop the US Congress from passing a law to remove US troops from Saudi Arabia.

Trump also spoke with Russian President Vladimir Putin as part of his mediation to negotiate an end to the oil price war, which was hurting US oil companies.

Saudi Arabia is the largest oil producer in the world and a leader of OPEC. This year, it flooded the global market with oil amid a price war with Russia.

The United States sought a decrease in production, however; the coronavirus crisis and accompanying lockdowns and downturns in international travel greatly decreased global energy demand and threatened the US oil industry. On April 10, OPEC announced a slash in production.

Trump’s remarks were part of the US strategy to force OPEC into cutting production, according to Reuters. Support for Saudi Arabia in Congress has waned under Trump, with many congressmen seeking to end US support for the Saudi-led coalition in Yemen, which is fighting Iran-backed groups. The oil price war also drew criticism from some Republicans in Congress who are usually supportive of Saudi Arabia.

The United States and Saudi Arabia have a longstanding military alliance. The strength of the relationship increased when Trump took office, and Saudi Arabia signed a monumental deal in 2017 to buy billions of dollars' worth of US weapons. Washington and Riyadh have similar interests in the Middle East, notably opposition to Iranian policy in the region.

In 2003, the United States removed its troops from Saudi Arabia, restationing them in Al Udeid Air Base in neighboring Qatar. The American presence was opposed by many in the conservative Muslim kingdom and was a rallying cry for Osama bin Laden. In 2019, US troops returned amid heightened tensions with Iran after the United States withdrew from the Iran nuclear deal.