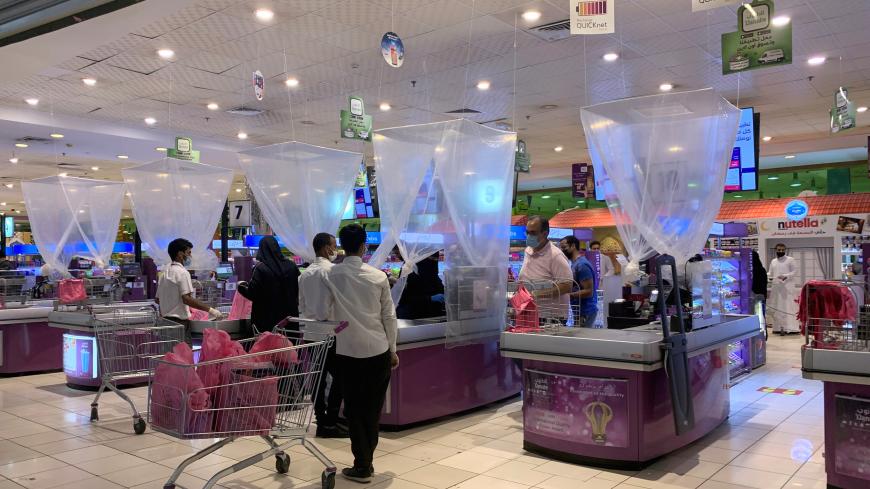 People shop at a supermarket after the Saudi government eased a curfew imposed following the coronavirus outbreak and allowed stores to reopen, in Riyadh, Saudi Arabia, April 29, 2020. - REUTERS/Marwa Rashad

The government allowed stores, malls and open-air markets to reopen today. Civilian movement between 9 a.m. and 5 p.m. was also eased, according to Reuters.

Schools, mosques and restaurants remain closed, however, because social distancing is difficult in those places. Social gatherings of more than five people also remain banned because of COVID-19, Reuters reported.

Saudi Arabia will also now allow travel into and out of the eastern Qatif province, which it sealed off in March, on Thursday.

The Saudi economy has suffered under the restrictions and due to the global oil crisis. Oil prices plummeted after Saudi flooded the market amid a price war with Russia in March. The massive decrease in worldwide travel and in business operations due to coronavirus-related lockdowns around the world has also lessened demand for oil. This has caused massive revenue losses for Saudi Arabia, which is the world’s biggest oil producer.

Saudi Arabia’s central bank announced that its foreign currency reserves fell at the fastest rate in at least 20 years in March.

Many Middle Eastern countries have eased their virus mitigation measures in the past few days, including Egypt, Jordan and Lebanon. In the Gulf, Dubai in the United Arab Emirates also reduced its lockdown restrictions recently.

Many countries felt the need to restart their economies after the lockdowns led to job losses and food shortages. Others, such as Lebanon, reported relatively few confirmed coronavirus cases.

The Middle East is also in the middle of the Islamic holy month of Ramadan, when observant Muslims fast during the day and then eat and worship together at night. This has created both economic and societal impetuses to reopen.