Qatar Airways is still offering many passenger flights, unlike other major Middle Eastern carriers. The drop in international travel due to the coronavirus has resulted in major losses for airlines. 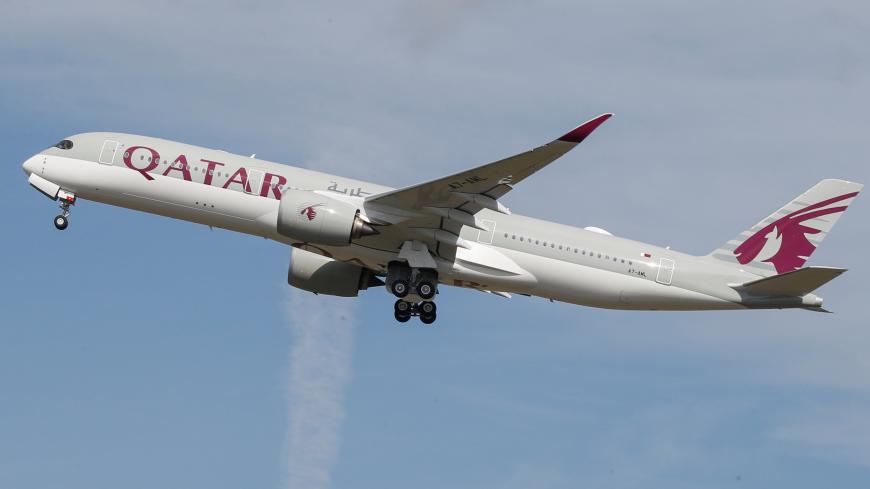 A Qatar Airways aircraft takes off at the aircraft builder's headquarters of Airbus in Colomiers near Toulouse, France, Sept. 27, 2019. - REUTERS/Regis Duvignau

Qatar Airways is deferring payments to some employees to save costs as global airlines continue to take massive losses due to the coronavirus.

Qatar Airways’ chief executive said in a press release today that the airline will nevertheless continue to provide service. “We continue to offer a schedule where possible and allowed by governments,” Akbar Al Baker said in the release.

The airline will defer 50% of the salary for mid-level and higher employees. The airline called it a “temporary measure” that will be reviewed over the coming months based on the global economic situation, according to the release. He said other employees have taken "voluntary salary deferrals in solidarity with their colleagues."

Qatar Airways is one of the only Middle Eastern airlines that has kept up much of its regular service. Hamad International Airport is open and continues to serve as a major international transit hub, offering flights to multiple continents. However, entry into Qatar is currently restricted to citizens, permanent residents and spouses and children of citizens.

Other Middle Eastern airlines have suspended many, if not all, of their flights due to COVID-19. Royal Jordanian and Turkish Airlines stopped passenger flights, and Emirates is only offering outbound flights to four destinations.

Qatar has also been offering charter flights to repatriate people to their home countries, according to the release. In April, Qatar Airways received permission to make a handful of flights out of Iraq, where there is a ban on commercial passenger air traffic.

Baker told Reuters in March that the state-owned airline would be seeking government support to help with the impact of the coronavirus.