Talks between Prime Minister Benjamin Netanyahu and Blue and White head Benny Gantz on an emergency government have hit an impasse over the Likud's priority of annexing the West Bank. 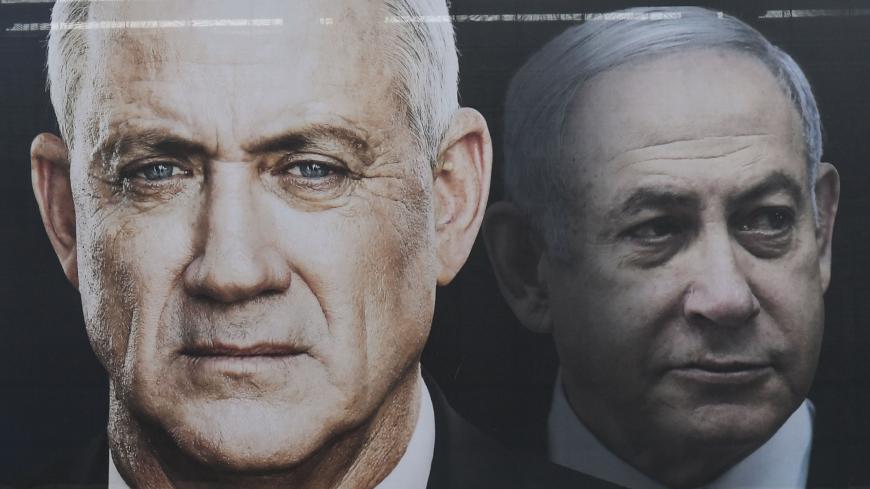 Prime Minister Benjamin Netanyahu and Blue and White leader Benny Gantz have been negotiating the establishment of an emergency government for almost a week now. Talks seem to have reached a serious impasse, threatening the whole project. At the crux of the gridlock is a diplomatic disaccord.

The Likud insists on implementing Israeli sovereignty over West Bank lands, as a direct continuation of US President Donald Trump’s peace plan and without any complications from Blue and White. Blue and White refuses, having rejected a compromise proposal by which when the time comes and when such an initiative is put before the Knesset, each party will vote independently. Gantz demands veto rights on all diplomatic decisions.

Senior Blue and White sources indicated this morning that they will enter a unity government only if the party can preserve its principle stances. Some party members threatened that if negotiations do not advance rapidly, they will once again seek legislation against an indicted Knesset member serving as prime minister.

These developments come after rather productive unity talks last weekend and the general impression that the emergency government was already a done deal, with only few points of disagreement to overcome. The official dismantlement of Blue and White into three Knesset factions and the coronavirus crisis have apparently boosted Netanyahu’s negotiating position, enabling him to set harsher conditions.

Gantz is pressured by the left to thwart any annexation moves. Former Meretz leader Zehava Gal-On attacked Gantz, claiming that all those center-left voters who supported Blue and White in the March 2 polls would never have sanctioned annexation of West Bank settlements.

On the right, senior settler leader and head of the Samaria Regional Council Yossi Dagan called upon Netanyahu not to give in to Blue and White, insisting that implementing Israeli sovereignty should have priority over the establishment of an emergency government. He argued that many settlers voted for Netanyahu on the basis of that promise.

Over the past few days, sensing that Netanyahu is willing to give up senior cabinet positions including the justice portfolio, right-wing leaders have stepped up criticism of Netanyahu. A senior Likud minister told Al-Monitor on condition of anonymity, "Netanyahu has sold out the right-wing agenda to the left."

According to the already agreed-upon outline, Netanyahu will serve as premier for the first 18 months, to be replaced by Gantz. Netanyahu will then serve as deputy prime minister.

Netanyahu’s graft trial is scheduled to open in May, so he knows that his political days are numbered and that the clock is ticking on his diplomatic legacy. His associates believe that Netanyahu has pinned his hopes on Trump’s "deal of the century" to determine Israel’s borders for future generations. They note that Netanyahu realizes that amid the pandemic, American politics could also dissolve into turmoil and that Trump’s future is unclear. With that in mind, Netanyahu will do his outmost to complete the annexation while it is feasible.